by Ule Lopez
in News

Get ready for the clash between titans! The BlazBlue Cross Tag Battle Spring Update brings recently announced characters to the roster. According to Arc System Works, the update will be released on May 21, 2019 and will bring the new DLC characters pack. However, players who own the ‘Deluxe Edition’ of the game will be able to access this pack at no additional cost! Get ready to go to town with characters like Seth, Heart Aino, Naoto Kurogane, and Teddie! 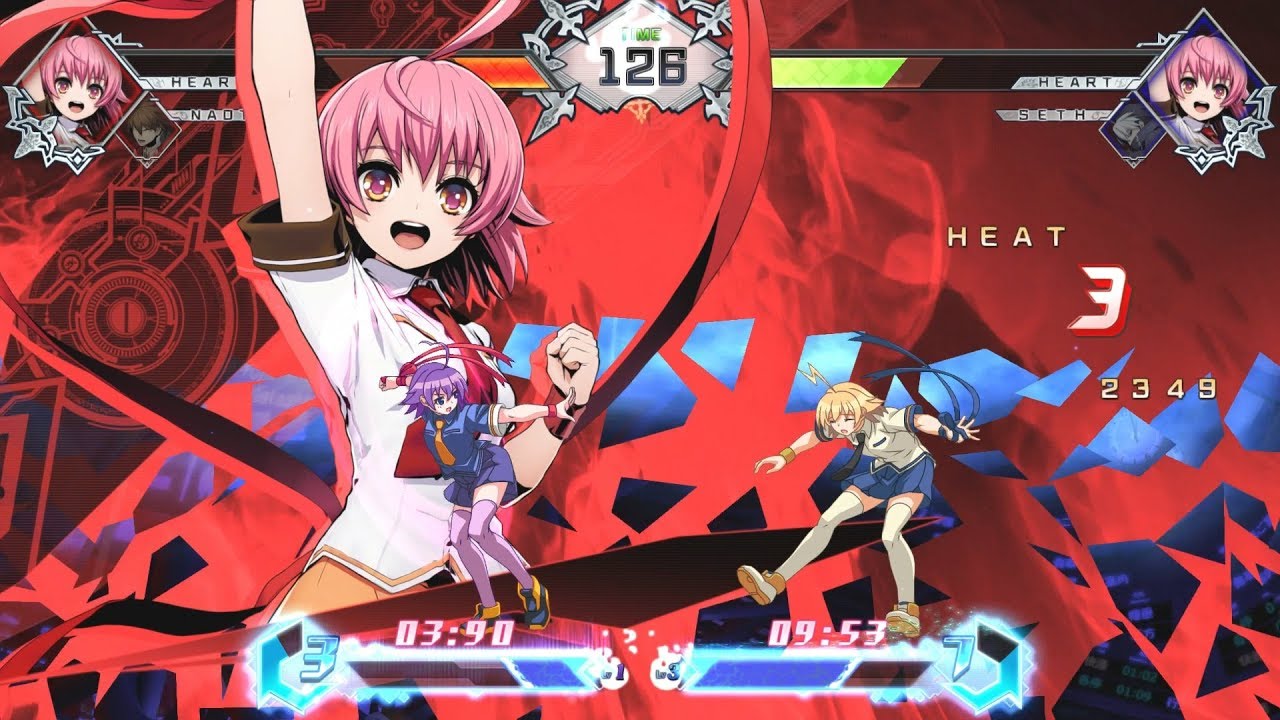 The BlazBlue Cross Tag Battle Spring Update brings Character Pack 7 to the game’s DLC list. This pack brings characters like Naoto Kurogane (BlazBlue), Teddie (Persona 4 Arena), and Seth (Under Night In-Birth). Of course, we can’t forget about the highlight of the show, Heart Aino from Arcana Heart. If you want to know a bit about her moveset and abilities, check out the video Arc System Works shared about her below!

Players who already own the ‘All-in-One’ DLC Pack or the ‘Deluxe Edition’ of the game will also have access to this upcoming content for free. However, the pack is also available as a standalone purchase for $9.99 USD across all platforms. So, what are you waiting for? Get that ‘All-in-One’ pack and start making noise with characters like Orie, Aegis, Merkava, and Labrys.

BlazBlue Cross Tag Battle is currently available for PlayStation 4, Nintendo Switch, and PC. The game is currently heading to EVO as one of the main events. The fighting game crossover brings a magnificent lineup of characters from Persona 4 Arena Ultimax, RWBY, Under-Night: In-Birth, BlazBlue, and Arcana Heart with more to come! Who else do you think will be added to the game’s roster next?