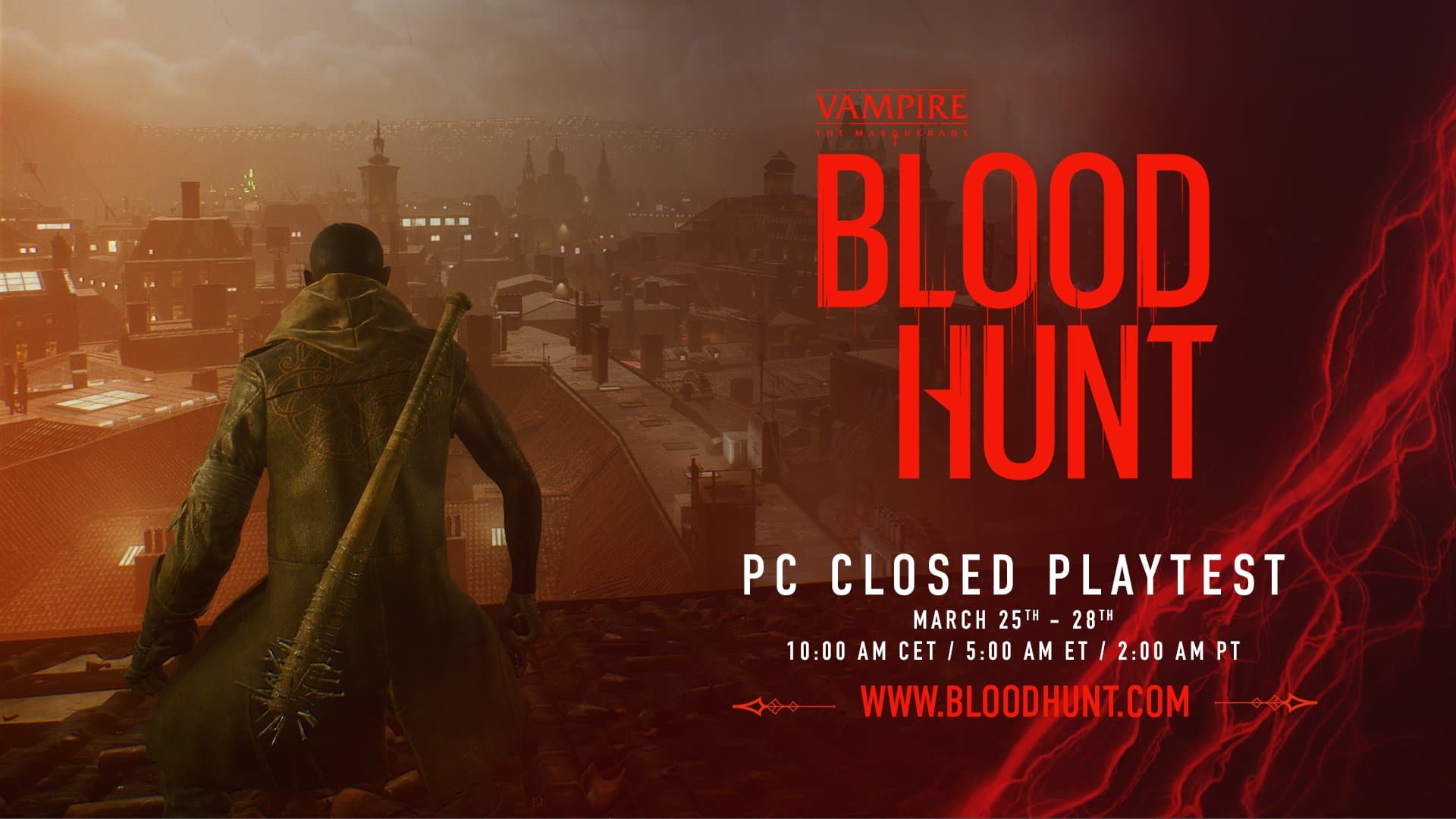 The closed Bloodhunt PC playtest finally has a proper release date, with this second wave of early access testing coming to the platform on March 25! Sharkmob, the game’s developer, also revealed some details on a closed playtest key giveaway, which anybody can join via the Discord server. Check out more details on both the upcoming playtest and key giveaway below.

Here’s the official announcement on the Bloodhunt PC playtest as revealed in its post:

The time has come to play Bloodhunt again!

We are thrilled to announce that the upcoming Bloodhunt Closed PC Playtest is now set for the 25th of March at 10:00 CET.

We are planning to run the test throughout the weekend, provided that nothing unforeseen happens.

In this test, you will be able to experience our Solo Bloodhunt Mode as well as our Battle Royale Trios. Additionally there is also an improved tutorial level.

This playtest will be made available to those who managed to snag early access back in the first playtest, so if you’ve managed to get your hands on the game before you’re all set for March 25! As for those who want a chance to be able to play the game early, you can head over on to the game’s official Discord server where you can earn a key for yourself. Be quick, though, as there are limited keys available, and chances are they’ll run out fast.

We will also be conducting a survey to gather your thoughts. The survey link will be available through Twitter and Discord. We also look forward to hearing your feedback on our Discord at discord.gg/Bloodhunt.

For a chance in obtaining one, please join the Bloodhunt discord server over at discord.gg/bloodhunt and join the #playtest channel and type !keyrequest and we will reach out to you.

The PC playtest for Bloodhound will open on March 25, at the following times:

In case you missed it, check out details on the upcoming Ranked mode and “Bloodhunt mode” for Bloodhunt here, with the latter specifically catered towards average and casual players!