Are you the ultimate vault hunter badass that loves explosions, fighting and blowing stuff up on the planet of Pandora? If so, your in luck, as Mister Torgue himself has announced the date for Borderlands 2’s upcoming DLC, Mr. Torgue’s Campaign Of Carnage, to be November 20th.

This DLC, which looks to test how badass you really are, features the following: 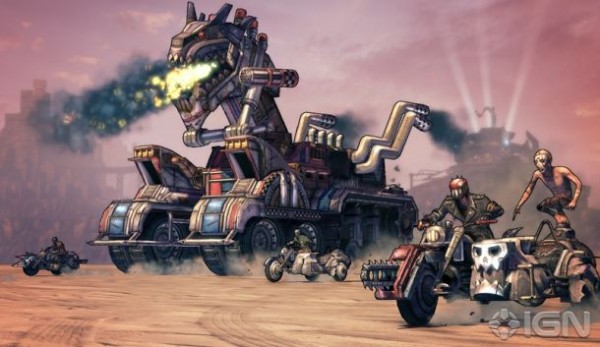 Baddassaurus Rex, one of the many new bosses to be featured in Mr Torgue’s Campaign Of Carnage

Sadly, for those who were patiently waiting for a level cap raise, it appears that Mr. Torgue’s Campaign Of Carnage won’t increase it.  But fear not, as Gearbox’s vice president of marketing, Steve Gibson told IGN, “We think people are going to be really happy when we do get to it. It’s a little bit different way of doing it. Yes, the number will go up, but there are some other things associated with it that we’re trying to do an even better job of.”

If your craving more Torgue awesomeness, check out the first official look of this upcoming DLC courtesy of Gamespot  below:

For those of you who have the Borderlands 2 season pass, Mr Torgue’s Campaign of Carnage will be included in the price. For those who don’t, this DLC will set you back $9.99 USD or 800 Microsoft points. Mr Torgue’s Campaign of Carnage will be available on November 20th for the PC, PS3, Xbox 360 as well as for Mac user who will finally get their hands on Borderlands 2, on November 20th as well.

Are you buying this DLC? If so, let us know in the comment section below!