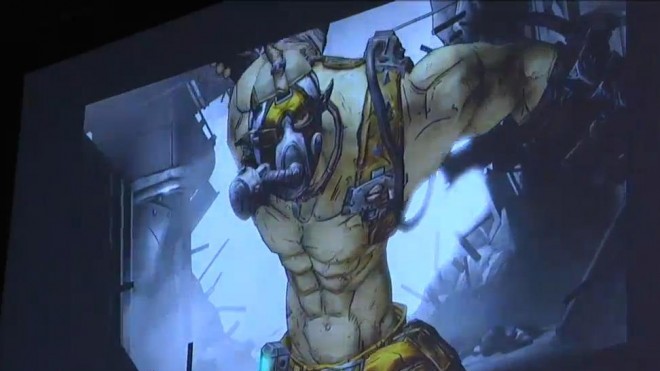 With Gearbox’s PAX East panel now over, we got the full details of the newest Borderlands 2 vault hunter, as well as information on the new level cap that a lot of you have been waiting on and more below.

First up is the long awaited raised level cap, which will now been pushed up to level 61. Sadly, even though Randy has stated that adding a level cap raise via paid DLC would be a mistake, this raise will only be available if you purchase the Ultimate Vault Hunter Pack, which will be available on April 2nd for $4.99 USD or 400 Microsoft Points. Those who have purchased the Borderlands 2 season pass, you will be delighted to know that this DLC will be available to you for free at no extra charge.

Thankfully, the Ultimate Vault Hunter Pack will not also just include the increased level cap, but also feature the return of the super rare and powerful Pearl tier weapons which will only be available from level 51 through 61. In addition, a new playthrough option will also be unlocked, which will be available to everyone even if you didn’t purchase the Ultimate Vault Hunter Pack.

You might remember our last article which showed you a brief glimpse at a mysteriously buffed up bandit which was spotted in the wild during the PAX East weekend. Krieg The Psycho will be the newest vault hunter to be added to Borderlands 2, according to Gearbox. To learn all about Krieg, check out the info below:

In addition, Randy and his fellow Gearbox employees also briefly discussed the fourth and last DLC expansion add-on for Borderlands 2. According to the team, it will be much bigger then any of the previous DLC’s for both Borderlands 1 and 2 and will including more Tiny Tina. You can expect to see this DLC add-on before the end of June.

With all this new information, what are you guys most excited for? Let us know in the comment section below!

Battlefield 3 Premium Members May Gain Access to Battlefield 4 Beta, According to Rumors