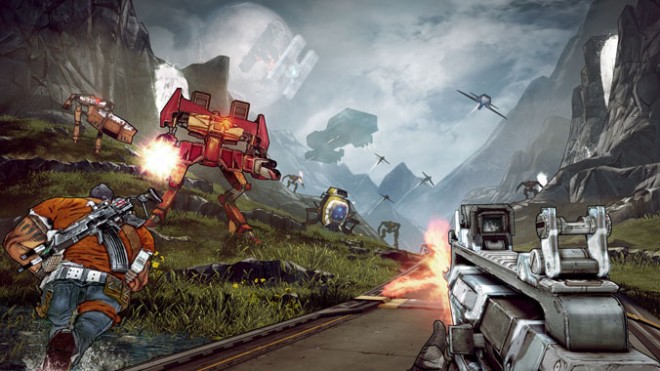 Borderlands 2, the sequel to Gearbox Software’s critically acclaimed 2009 hit Borderlands, has shipped more  then five million copies since it’s release a few months back and seems to be have been showered with multiple ‘Best Of’ awards and nominees this year. But for those who still haven’t gotten the chance to experience Borderlands 2, now is a perfect time to snag yourself a copy as it has just joined the growing library of games on Xbox 360’s Games On Demand.

Unfortunately it still carries around the hefty price tag of $60.00 USD. However, if you can wait a few days for Microsoft’s Countdown to 2013 sale. you will be able to snag Borderlands 2 and it’s season pass at a discounted price on December 27th, according to Neogaf member, CrunchinJelly. Currently, the discounted price of Borderlands 2 and it’s season pass has yet to be revealed.

For those who currently have the Borderlands 2 season pass, the third expansion add-on titled “Sir Hammerlock’s Big Game Hunt” has been revealed via Playstation 3 trophies. You can find out more details here about what to expect, including the character heads and weapons it’s set to add once it’s release.

Don’t forget to also vote for your favorite multiplayer experience of 2012, in which Borderlands 2 is also nominated in.