According to the latest Borderlands: The Pre-Sequel footage shown yesterday during Spike TV’s coverage of E3 2014, we can now add another gun from Borderlands 2 that will make its way to The Pre-Sequel alongside the Gub, Neogenator and The Shrediffier.

This gun is without a doubt one of the most powerful weapons in Borderlands 2; the legendary Torgue pistol, the Unkempt Harold. From the looks of it, it’s going to be as devastating as it was in Borderlands 2.

Also, in another video from Rev3games, who captured nine minutes, of The Pre-Sequel footage, we see tons of interesting stuff: 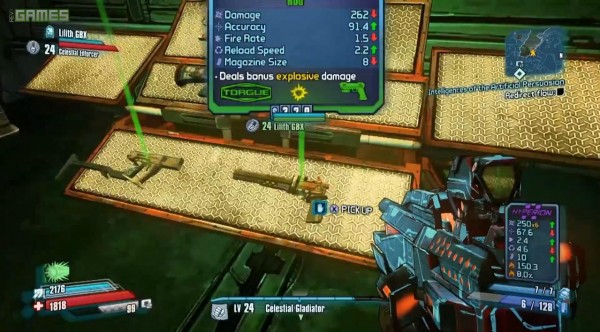 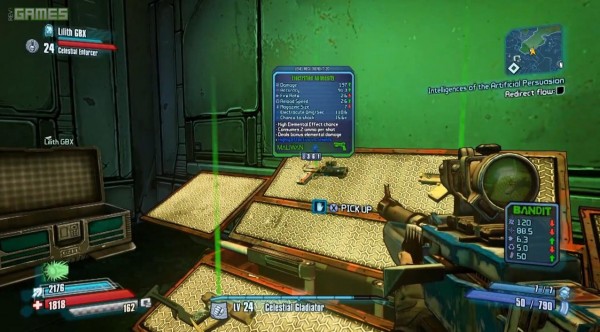 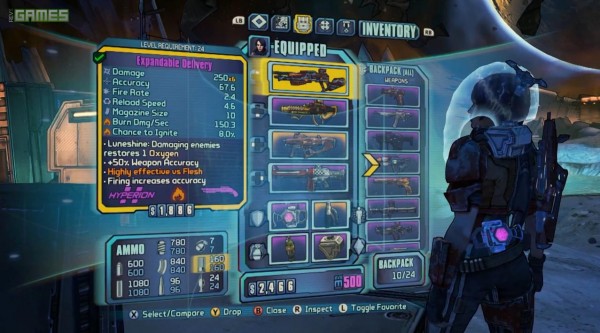 Much like the new Gub, seen with a Moonshine effect that gives a 5% chance for enemies to drop a rare weapon, the luneshine will offer a pretty unique effect as it restores 1 oxygen every time you damage an enemy.

Furthermore, it appears that the “Celestial” pre-fix on class mods is indeed the pre-fix for legendary class mods, as Wilhelm has the same one. We also see that the Moonstone, which will allow you to upgrade your weapons and purchase items in Borderlands: The Pre-Sequel, will have the same limit as the Eridium currency in Borderlands 2.

Moving on, that Hyperion shotgun isn’t the only one with the Luneshine effect, as seen below: 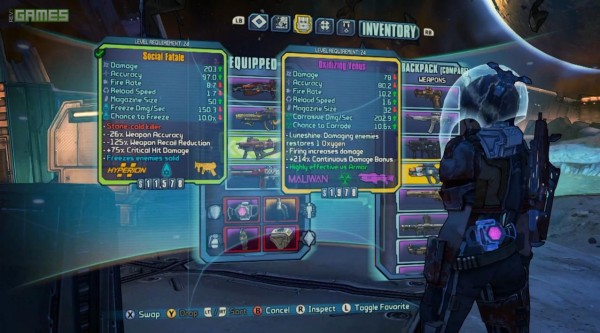 We also get a very good look at this upgraded Maliwan laser weapon in first-person view: 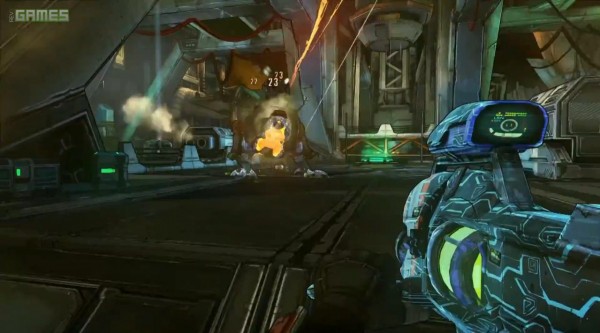 The Unkempt Harold isn’t the only weapon from Borderlands 2 to be spotted, as The Bitch also makes its return under a new name: 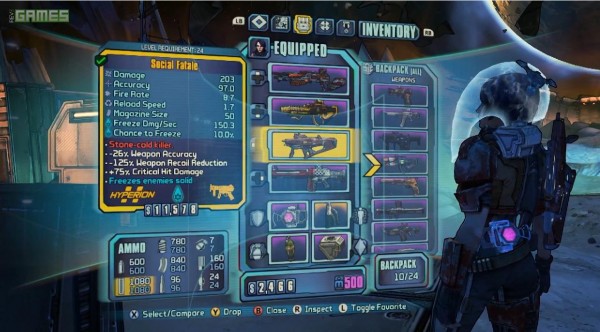 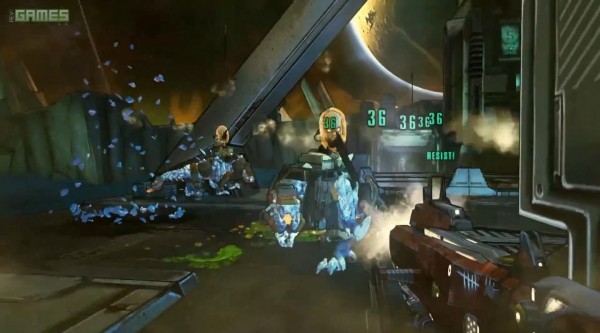 One of the new and surprising pieces of information through the video is the ability to inspect your co-op partners gear: 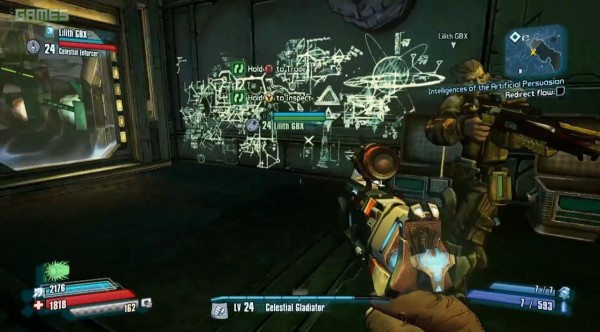 Speaking of skill tress, panning back to the Spike TV E3 2014 coverage video, we get a glimpse of more of Wilhelm’s skill trees:

Borderlands: The Pre-Sequel is set to launch this October 14, for the PC, PlayStation 3 and Xbox 360 platforms.