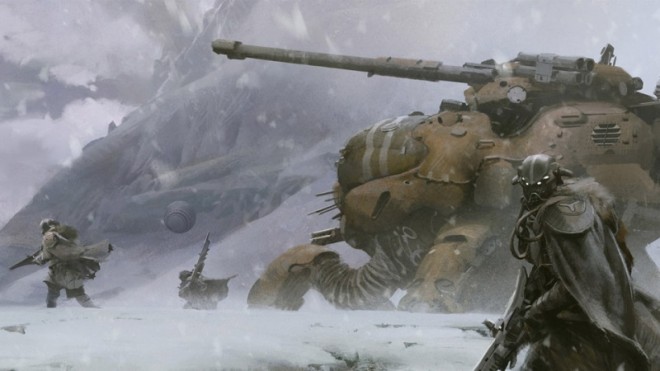 Bungie Continues to Tease “Destiny,” Reveal “Within a Matter of Weeks”

James, from whom the letter was sent, loves Halo and expresses his excitement for the series, as Deej reads the words aloud.

“Your enthusiasm is duly noted,” Deej responds. “It does, however, put a little bit of pressure on us. You see, we don’t make Halo games anymore. For years, we have been working under the cover of darkness on an entirely new universe and you’ll get to explore it very soon. We’re not ready to lift that curtain just yet.”

Deej continues: “Within a matter of weeks, we’ll be unveiling what we created for you.”

Check out the entire wonky but charming video below:

Earlier, Bungie announced that team members would be making an appearance at this March’s GDC to hold an hour long lecture discussing “a whole new world, filled with even more amazing mysteries, places, creatures, and opportunities for player investment.” The lecture is titled, “Brave New World: New Bungie IP.”

You can check out the latest and very revealing leaked details about “Destiny” right here.

Keep you sights on MP1st for more on Bungie’s new IP.