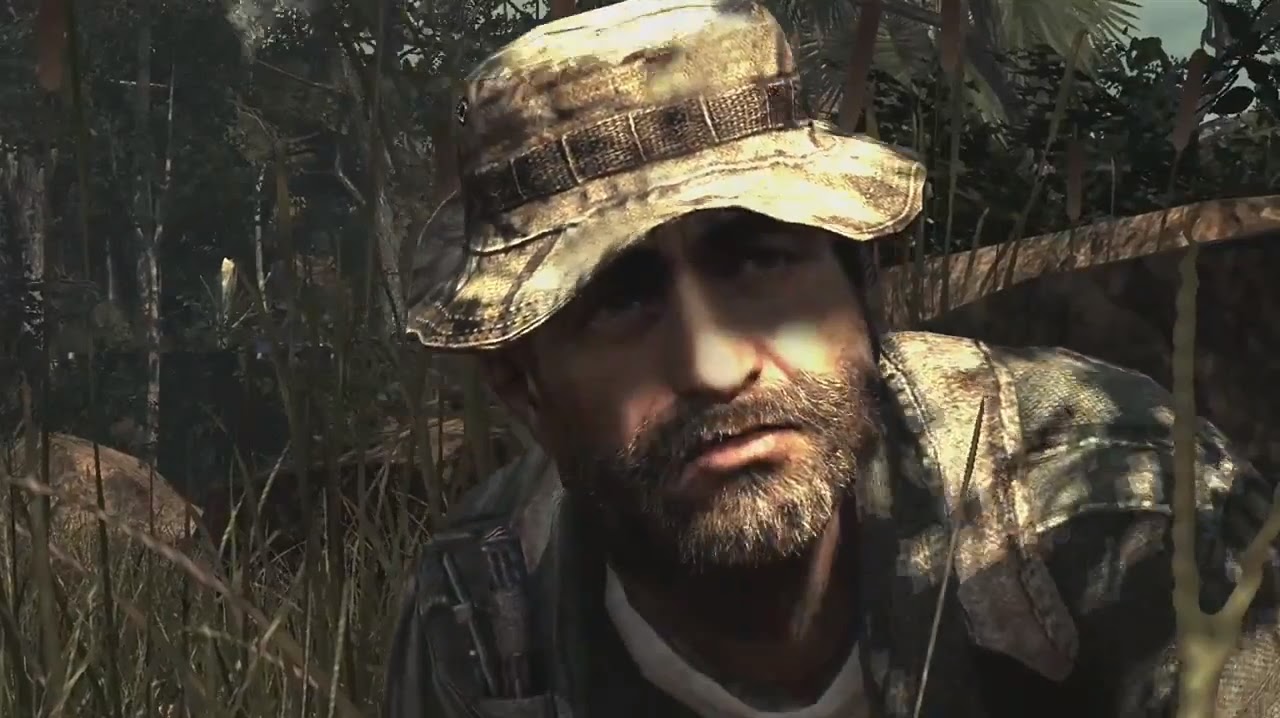 Is Call of Duty: Ghosts developer Infinity Ward hinting at the return of our beloved Modern Warfare hero, Captain Price?

On Twitter, Infinity Ward tweeted a picture of the fan-favorite Protagonist of the popular Modern Warfare series saying, “Price is Coming”. 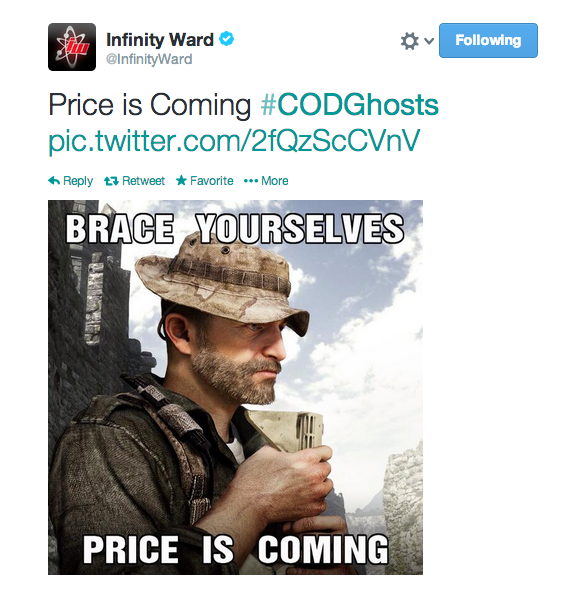 Presumably, Captain Price, pictured above on the Ghosts multiplayer map Stonehave, will make an appearance as a downloadable multiplayer soldier skin, similar to the way Simon “Ghosts” Riley was brought back as a Call of Duty: Ghosts pre-order bonus.

What’s interesting to us is that, judging by the weapon’s stock, he appears to be holding a more recognizable variant of the classic M4A1 Carbine, a popular weapon in almost all previous Call of Duty titles set in a modern era. Could it be making a return as well in the form of downloadable content? Maybe. Or we could just be overlooking things.

According to YouTuber TWiiNSANE’s findings, a Captain Price-themed personalization pack that includes a player skin, weapons camo, reticle, patch, playercard and background will be made available to download on February 18, this Tuesday.

Inside the Titanfall Beta – Xbox One Video