While we’ve known for months now that Call of Duty: Modern Warfare will offer crossplay (meaning PS4 gamers can play against PC and/or Xbox One, and vice-versa), we haven’t gotten official confirmation whether Modern Warfare cross progression will be available — at least, until today.

Reddit user LangersCS contacted Activision support, and he sent over his email reply which confirms Modern Warfare cross progression given how gamer progress will be saved on each player’s Activision ID, and not the cloud space you’re playing the game on. 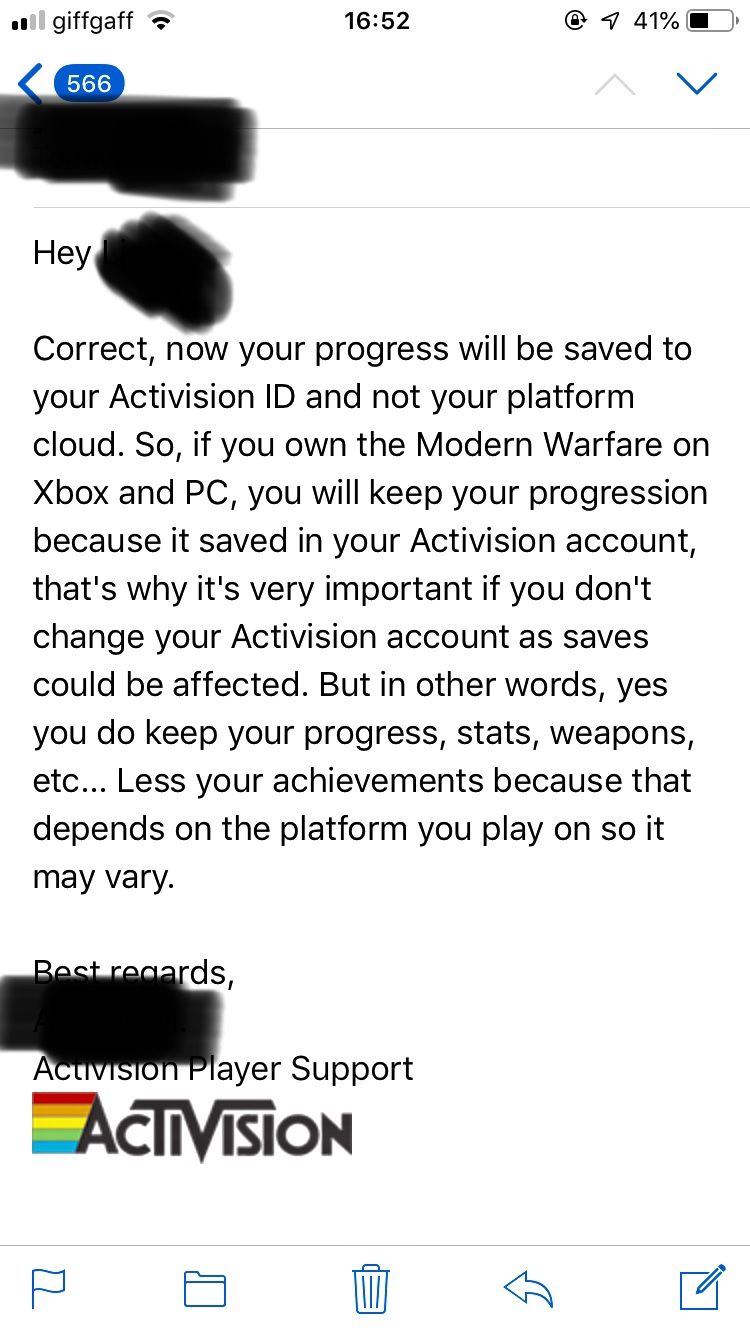 Well, there you have it. Honestly, I assumed that Activision would make a bigger deal of this if this was the case, but at least now we have official confirmation.

Speaking of confirmation, Infinity Ward has confirmed that they will share something regarding the Modern Warfare netcode before launch. Now, we just need confirmation that there won’t be weapons tucked away in Supply Drops, right? Then again, that doesn’t seem to be the case according to rumors.

Infinity Ward Wants to be “Transparent,” Will Share “Something” Regarding Modern Warfare Netcode