GameStop reveals the latest and final wave of pre-order bonuses for Call of Duty: Black Ops 2 on the Xbox 360, PS3 and PC, releasing this November 13.

Those that have pre-ordered will have the opportunity to pick one of three bonuses detailed in the image below: either an exclusive M-27 Dragonfire in-game player card, a chance to win a land, sea, air adventure and a chance to win a Call of Duty: Black Ops 2 Kawasaki Teryx4. 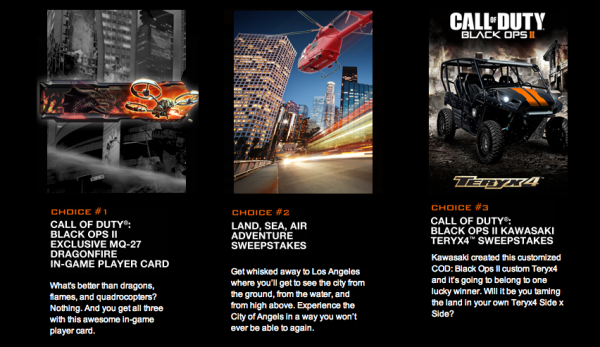 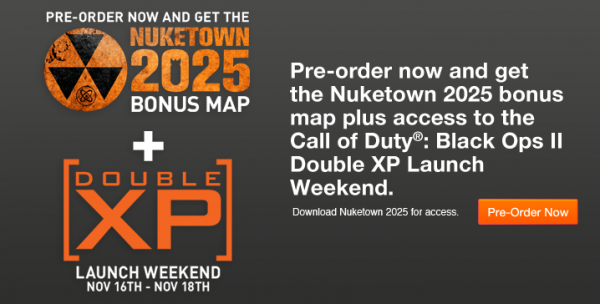 If you’ve yet to do so, make sure to head on over to GameStop to secure your copy of Call of Duty: Black Ops 2. Which one did you/will you choose? Let us know in the comments below!