We get a look at some leaked Call of Duty: Black Ops 2 details including a list of game modes, multiplayer maps and some options available in the Zombies game modes.

First, let’s take a look at the list of game modes available in Black Ops 2’s multiplayer, three of which are available as multi-team games; Team Deathmatch, Kill Confirmed and Hardpoint. 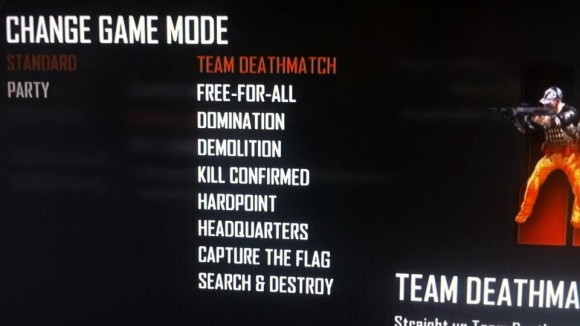 We’ve already seen a few maps available in Black Ops 2 multiplayer, including the action-packed Hijacked, but let’s check out what looks to be the final list of maps. 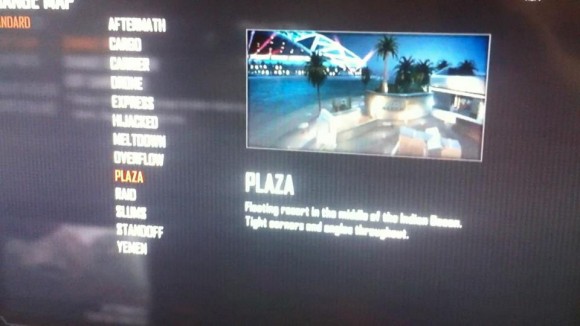 Oddly, this list only includes 13 maps, instead of the previously confirmed 14. It seems that Turbine is missing from this list, a map which has already been seen in some trailers and other Black Ops 2 promotional material.

Lastly, you’ll notice some nifty Zombie options that you’ll be able tweak in order to customize your game play. Interestingly, you’ll be able to start at a particular round now, if you feel like skipping the first few. “Magic” includes features like the Magic Box and Perks, so you can play a “Pure” experience, without any magic, if you so choose. “Headshots Only” should provide some good competitive fun as well for those up to the challenge. 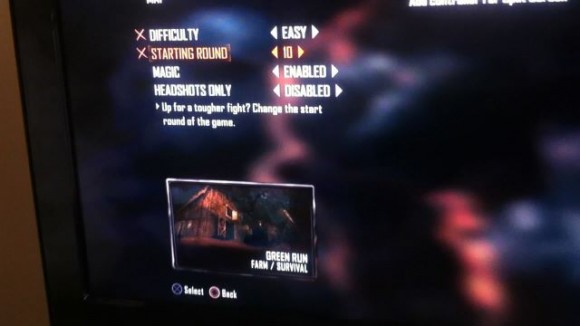 As a reminder, Zombies will include three different game modes. Tranzit, is your brand new story mode that takes you through different areas in the world of Tranzit, Survival is your standard and very familiar Zombies game mode that we’ve all come to know and love while Grief pits 4 players against another team of 4 as they compete to not be the last man standing against waves of zombies. Treyarch has, however, included a few mechanics in this last game mode that will allow players shift the zombies’ attention to the opposing team, making their lives much more difficult.

As we inch closer to Black Ops 2’s release on the Xbox 360, PS3 and PC on November 13, which games modes, multiplayer or zombies, have you most excited?

Images from shadow.wizard of the DW24/7 forums via an early copy of the Black Ops2 Hardened Edition sold in Slovakia.

Meda of Honor: Warfighter – EA “Disappointed With the Critical Reception”