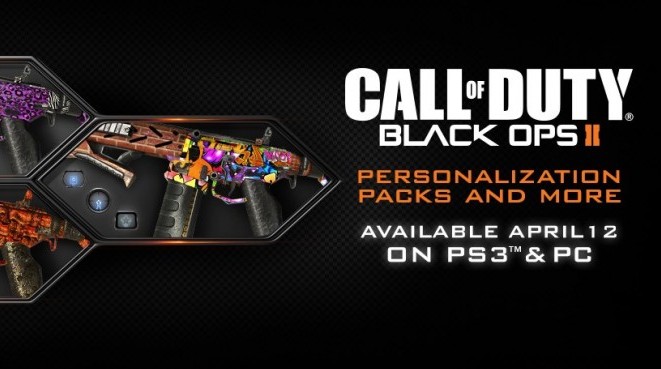 You may remember micro-transactions purchases previously making their way to Black Ops 2 on the Xbox 360, containing numerous small aesthetic content such as calling cards, weapon camos and more for a very small price.

Now, those who enjoy Black Ops 2 on the PC or PS3 and have been interested in adding more style to their character or weapon can look forward to this new micro-transaction content on April 12th, according to the Black Ops 2 Blog.


For those who have been out of the loop and have no idea what exactly the pricing will be for each personalized package, they won’t set your wallet back more then $1.99 USD and include three new calling cards, three new reticules and a weapon skin. In addition, they’ll be nine different packs to choose from which all contain the same amount of content, as well as a ‘Flag Of The World’ pack which hosts calling cards that contains every flag in the world, available for $0.99 USD.

Instead, if you’d rather have a few custom classes to mess around with while playing online, Activision will also be offering the ability to purchase ten more extra custom class slots for $0.99 USD.

Lastly, the multiplayer map Nuketown 2025, will be available to everyone for free on April 12th and Zombie fans who have been itching to get thei hands on the Nuketown Zombie map will have a chance to purchase it for the price of $4.99 USD.

Even though you will have to pay for any of these micro-transaction packages, they are all completely optional and shouldn’t affect your gameplay.