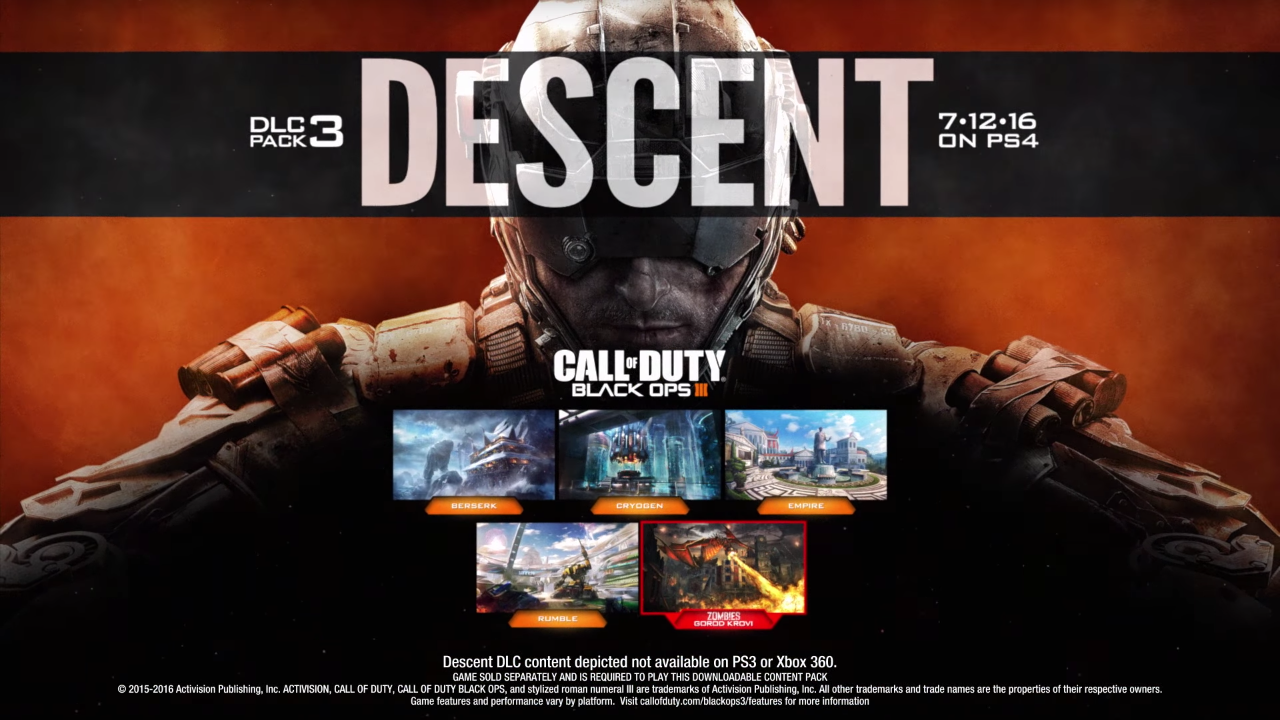 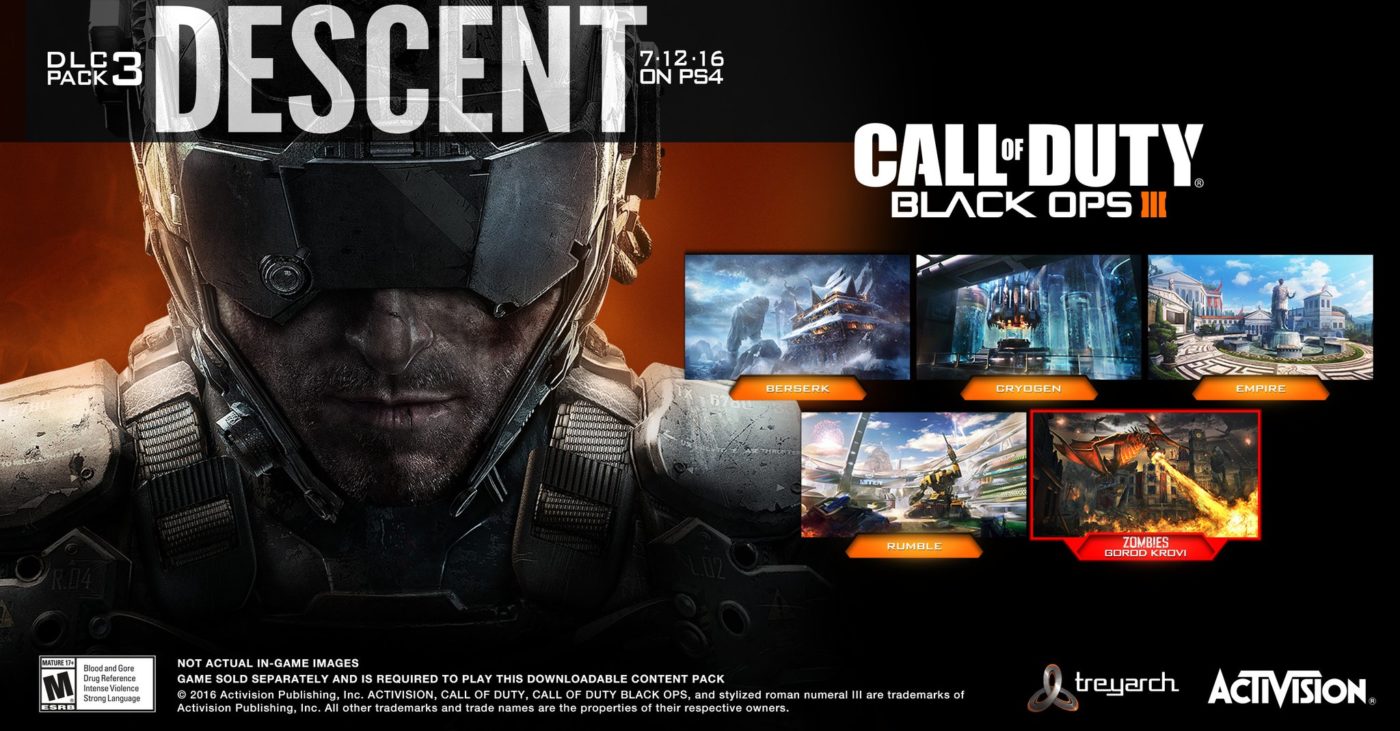 As fans suspected, the new Empire map is, in fact, a remake of the original Call of Duty: Black Ops 2 map, Raid, updated for current-gen visuals and Black Ops 3’s new movement system. Here’s what we know so far about the new locations:

Treyarch adapts its Black Ops III movement system to the Call of Duty®: Black Ops II fan favorite map Raid. The re-imagining of this classic, medium-sized map features an authentic Roman villa that has been “recreated by a modern-day eccentric billionaire,” where a classic map structure mixes with the new gameplay mechanics of Black Ops III.

Located far off the coast in the Dead Sea, an isolated compound holds some of the world’s most dangerous criminals in frozen isolation. Sentry towers keep watch over the small map’s circular design as frenetic combat is funneled around the prison’s cryogenic tubes, where opportunities for wall running attacks abound.

Ancient sentinels from a lost civilization guard the entrance to Berserk, a Viking village frozen in time. Players will fight through blizzards, and control the center bridge as they navigate this medium-sized map’s wooden buildings, deadly rocky outcroppings, and tight chokepoints.

Gamers battle amongst larger-than-life mechanized warriors in Rumble, a stadium where giant robots battle to the roar of the crowd. This medium-sized map funnels high-speed combat to the central arena, where players battle their way through fallen mechs and pyrotechnics.

Descent also thrusts players to an alternate universe of Nikolai’s motherland, the 1940s Soviet Union, in the next highly-anticipated chapter of the Origins Zombies saga, Gorod Krovi. Players face-off against a swarm of mechanized zombie infantry and dodge hell-fire from aerial dragon assaults, all in the middle of a raging battle within the remnants of Stalingrad. Gorod Krovi delivers the most exciting Zombies experience yet, filled with horrifying new enemies, exciting new gameplay mechanics and an epic set of Zombie annihilating weapons.

DLC 3 will be included in the Call of Duty: Black Ops 3’s Season Pass and sold separately for $14.99 USD.