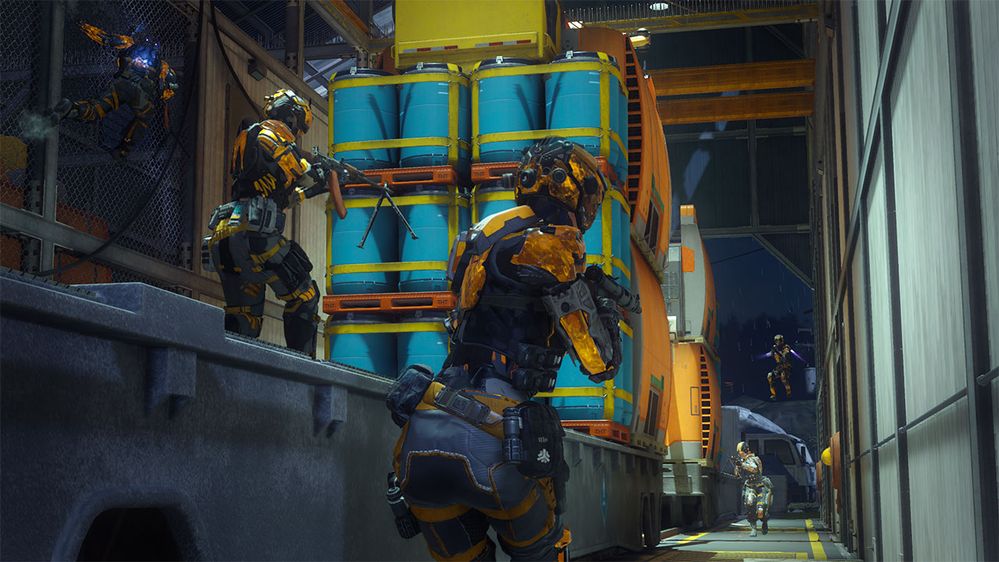 Your eyes aren’t playing tricks on you; there really is new content out for Call of Duty: Black Ops 3! Remember when we posted that the latest Black Ops 3 update brought in new weapons, and Prop Hunt? Well, it seems we don’t have to wait long for ’em, as the new content can now be had today!

The fan-favorite Prop Hunt mode is coming to Call of Duty: Black Ops 3! Props and Hunters can do battle in hide and seek combat throughout different Black Ops 3 locations. Starting today, ten maps will be available for Prop Hunt play in Black Ops 3, including:

As a bonus, Prop Hunt will also come to Nuk3town, but with a different set of rules: in Nuk3town, the Props are all mannequins, although the pose and model for each mannequin will be random. Props have nine Decoys when they spawn, instead of usual three. Additionally, whenever a Decoy is destroyed, the Prop that placed it is refunded a Decoy use.

Two tried-and-true weapons will be buzzing into Black Ops 3 with Operation Swarm for the first time:

RPK
The RPK makes the jump from the original Black Ops into Black Ops 3, providing players with a chance to add this lethal LMG to their loadouts. Slap on Extended Mag for an enormous ammo reserve, and stick with the RPK’s iron sights for optimal visibility.

Sten
The Sten submachine gun has been a staple in Call of Duty games set in the World War II era, and previously made it into the world of Black Opsvia the original Call of Duty: Black Ops. Now, that close-quarters efficiency comes to Black Ops 3 for players who like to get up close and personal. Toss in a Reflex sight and an Extended Mag, and you’re a force to be reckoned with.

Adorn the RPK, Sten, or any of your favorite weapons with the HIVE weapon camo. This limited time camo puts the sting in Spring. The new weapon camo is only available in the Black Market until May 9 at 10 AM PT. Deadly never looked so good.

There’s also new Specalist skins, double XP playlists set to be activated and more! This new Black Ops 3 event will lead up to Black Ops 4’s reveal this May 17.

Have you taken part in Operation Swarm? If you find any Easter eggs, let us know what they are below.