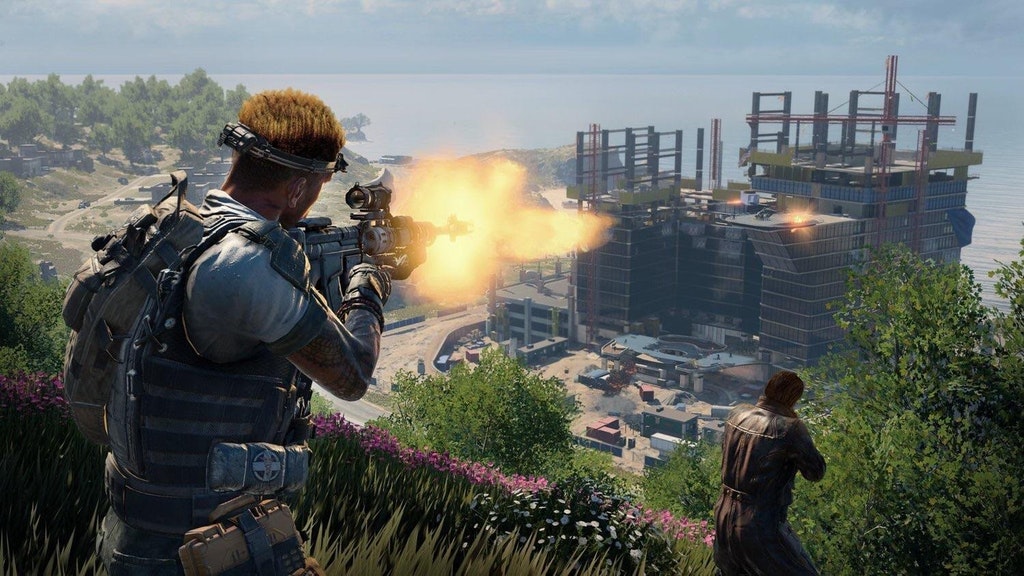 The Black Ops 4 Blackout beta will officially start this coming Monday, September 10 (even though you can download the update to the multiplayer beta client right now), with the beta going live at 10 a.m. PST. Bear in mind that this is for PS4. Xbox will have to wait a few days later on September 14, while PC players will need to wait until September 15 to get their Blackout game on. All three platforms’ beta end date is set for September 17, 10 a.m. PST.

The Blackout beta will feature three ways to play: Solos, Duos, and Quads.

You’ll be in the level before the game officially starts. The pre-game lobby is called the Drop Zone, and here you can lear the map, try out weapons, get a better grasp of the gameplay mechanics and more.

Same as with other battle royale games, Blackout will have you ride the skies in a transport helicopter where you can choose when to jump. Your character will wear a wingsuit during this drop process.  More info regarding it:

You can point in the general direction, but for extra speed and distance, fall straight toward down for maximum speed. Since you are using a Wingsuit you are effectively a wing. The more airflow over that wing; the better you can fly. Let it soar…

When you get close to the ground, your parachute will automatically deploy. Use it to slow your momentum. All the information you need to become a wingsuit master is indicated in the game HUD. You can monitor your overall momentum and see where the parachute will deploy as you approach the ground.

While we already listed the vehicles, here’s the list again.

Regarding loadouts, most of the items in Blackout need to be equipped.

By default, you can equip these items without any cost to your 5 Inventory slots:

Loads — and I mean LOADS– more info can be read directly on the official Call of Duty website. Inventory, health management, and more are discussed.

Secret Destiny 2 Gambit Emblem Exists, and Here’s What It Looks Like & How to Get It