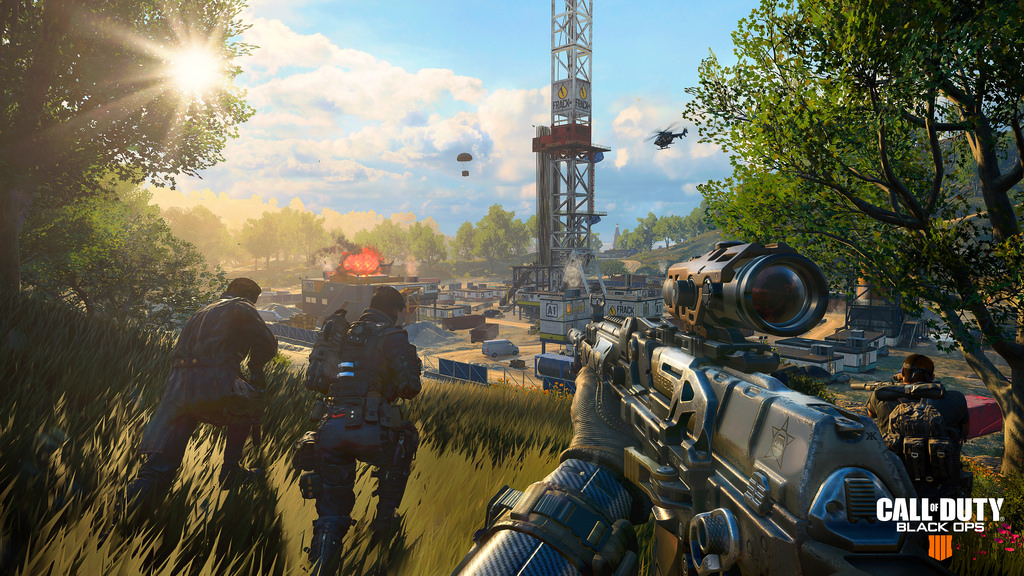 With the start of this generation of consoles, Sony surprisingly snatched up a timed exclusivity deal with Activision with all things Call of Duty, which was with Microsoft and the Xbox 360 last gen. This deal meant that all post-launch content of any Call of Duty game was released first on the PlayStation platforms, with the Xbox and PC platforms getting it 30 days after.

As part of Treyarch’s message of supporting Call of Duty: Black Ops 4 with free content post-launch, the studio also revealed that players will get to play new content first on PS4 by seven days — which is a far cry from the usual 30-day exclusivity that previous Call of Duty games this gen had.

And for fans who want even more content, there’s also the Black Ops Pass, which is available for standalone purchase at launch and afterward. Speaking of content, PlayStation 4 players will get to play new content first on PS4 by seven days.

This means all the playable content coming to the Black Ops universe following launch will land seven days early on PS4, including new specialists and maps, as well as seasonal events. After seven days, all new playable content will come to other platforms.

The Activision blog post also mentions PS4 bundles will be available come release day on October 12, which we’ll report about once more info is released.

In other Black Ops 4 news, make sure to check out the latest Zombies trailer featuring a new song by band Avenged Sevenfold. You should also check out this deep dive video regarding Blackout’s netcode, and why it’s worse than PUBG and Fortnite.

Battlefied V Will Have an Option to Disable Chat Filter

PlayStation Vita to End Production in Japan in 2019