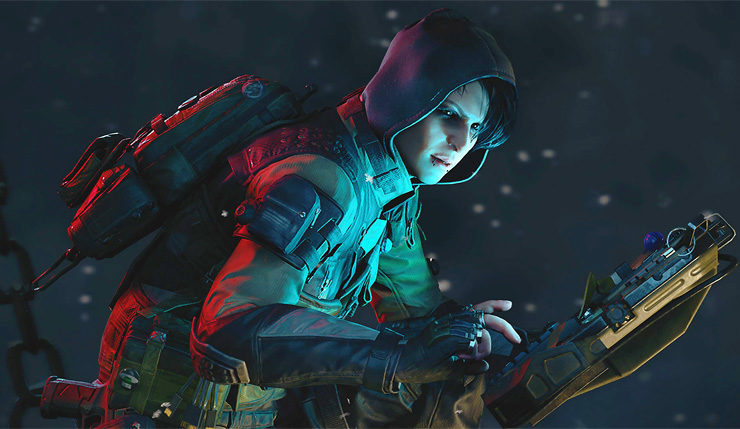 In case you didn’t know, Treyarch released a new Call of Duty: Black Ops 4 Specialist this week on PS4, and her name is Zero. Players can unlock Zero by earning the first tier in the Operation Absolute Zero Contraband stream.

As for the abilities of  the Black Ops 4 Zero Specialist character, she has the EMP Disruptor as her Special Issue, and the Ice Pick as her Weapon, which are both used to confuse, disorient and hack the enemy rather than downright be lethal.

With Zero’s abilities focusing more on hacking instead of outright killing enemies, some might be wondering how her skills react to scorestreaks, abilities and more. Thankfully, we now have the answer to that. We list down how each scorestreak and Specialist ability behaves against her EMP and Ice Pick, and you might be surprised at the results.

Aside from affecting the HUD of the enemy, the Disruptor also stops people from using their Specialist ability for the duration of the EMP grenade (around five seconds), though if you already have it out, you can continue using it. It can work through walls and has a pretty big generous AoE (area of effect). Each enemy tagged (hit) with the EMP will grant the Zero user 10 points each.

How to counter the EMP Disruptor:

Equipping Tac Mask (perk 1 tier) will negate any effects of the EMP.

Will affect entire enemy team’s HUD, prevent them from using any scorestreaks, abilities, weapons. For the HUD, it will show enemy dots on the enemy mini map even if there aren’t any, life, ammo counter and more will all show random numbers. Note that when damaged during the Ice Pick hacking time, players will not be able to heal as well. It’s most powerful use however, is destroying or hijacking scorestreaks! We’ve compiled the list below on what it hacks and destroys. The Ice Pick duration lasts 30 seconds and once activated, Zero will show up on the enemy mini-map while it’s active, and there is NO known counter to the Ice Pick as far as we know.

As you can see from Zero’s abilities, she’s definitely a pain in the ass to fight against, and definitely game-changer in most objective-based modes. My advice? Use scorestreaks like Care Package, Hellstorm, Lightning Strike, and others that she can’t hack or destroy immediately, or wait for her to use her Ice Pick and then use your high scorestreaks so it’s safe from being hacked.

Are you playing as Zero? What do you make of her abilities so far? Is she too overpowered? Let us know your thoughts in the comments below. We hope our Black Ops 4 Zero guide has been useful and if so, do let us know too.