While fans may be getting a good look at Call of Duty: Ghosts this Sunday in a pre-E3 “all access” event, the developers at Infinity Ward “probably” won’t be ready to show anything multiplayer related until August, according to studio head Mark Rubin.

In response to a Twitter inquiry, Rubin mentioned that he can’t wait to talk about Call of Duty: Ghosts multiplayer, but that it probably won’t be possible until August. 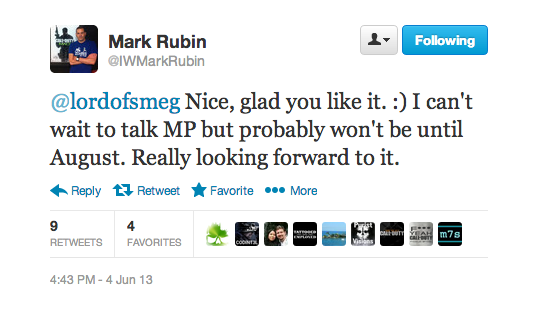 You’ll still be able to catch some general gameplay this Sunday, June 8, so be sure to keep your sights locked on MP1st. We’ll surely have some goodies for you.