Call of Duty: Modern Warfare Will Feature a Compass in Multiplayer Instead of a Mini Map

Just yesterday, it was confirmed that Call of Duty: Modern Warfare multiplayer won’t feature a mini map for the first time in COD history. While that might be the case, it seems Infinity Ward has something else in mind to help players know where enemies are coming from, and that’s with the Modern Warfare compass! Yes, the game will employ a compass for use in multiplayer.

Here’s what the Modern Warfare compass will look like in-game (screen grab from leaked footage making its ways around Twitter): 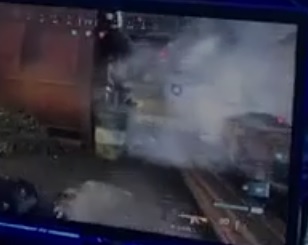 It’s a little hard to make out, but on the top of the screen you can see the compass with the direction listed as you move around.

On another note, Reddit user PotatoA1mz hosted a short Q&A session on reddit, verifying their attendance via photo ID, giving us a brief explanation of how the compass works in Modern Warfare.

The Redditor also mentions how the compass is “all you really need,” and implies that he doesn’t miss mini map at all, a concern that the Call of Duty community have been debating if it was the right choice since it was announced. The mini-map isn’t completely removed though as it’ll still show up, but only when a  UAV killstreak reward is deployed or something similar.

So how do you guys feel about the removal of the mini-map? Do you think it’ll enforce more teamwork or promote camping?