The Call of Duty: Modern Warfare multiplayer reveal is just in a few short days (August 1st,) and Activision has shared the official schedule For what we can expect during the reveal, along with potentially teasing the leaked Dark Edition.

[update] added list of confirmed influencers at the event.

For those who were disappointed with the 2v2 Gunfight mode reveal, you’ll be happy to learn that Activision plans on releasing a brand-new trailer come August 1 along with some planned livestreams showing off plenty of new gameplay from multiple influencers.

Coverage for the #ModernWarfare Multiplayer Premiere begins on 8/1 at 10 AM PT. pic.twitter.com/xjMIJKzWoL

Big names, but how’s their game?

Tune in tomorrow at 10AM PT for the full coverage of the #ModernWarfare Multiplayer Premiere. pic.twitter.com/6Pg89VrOOD 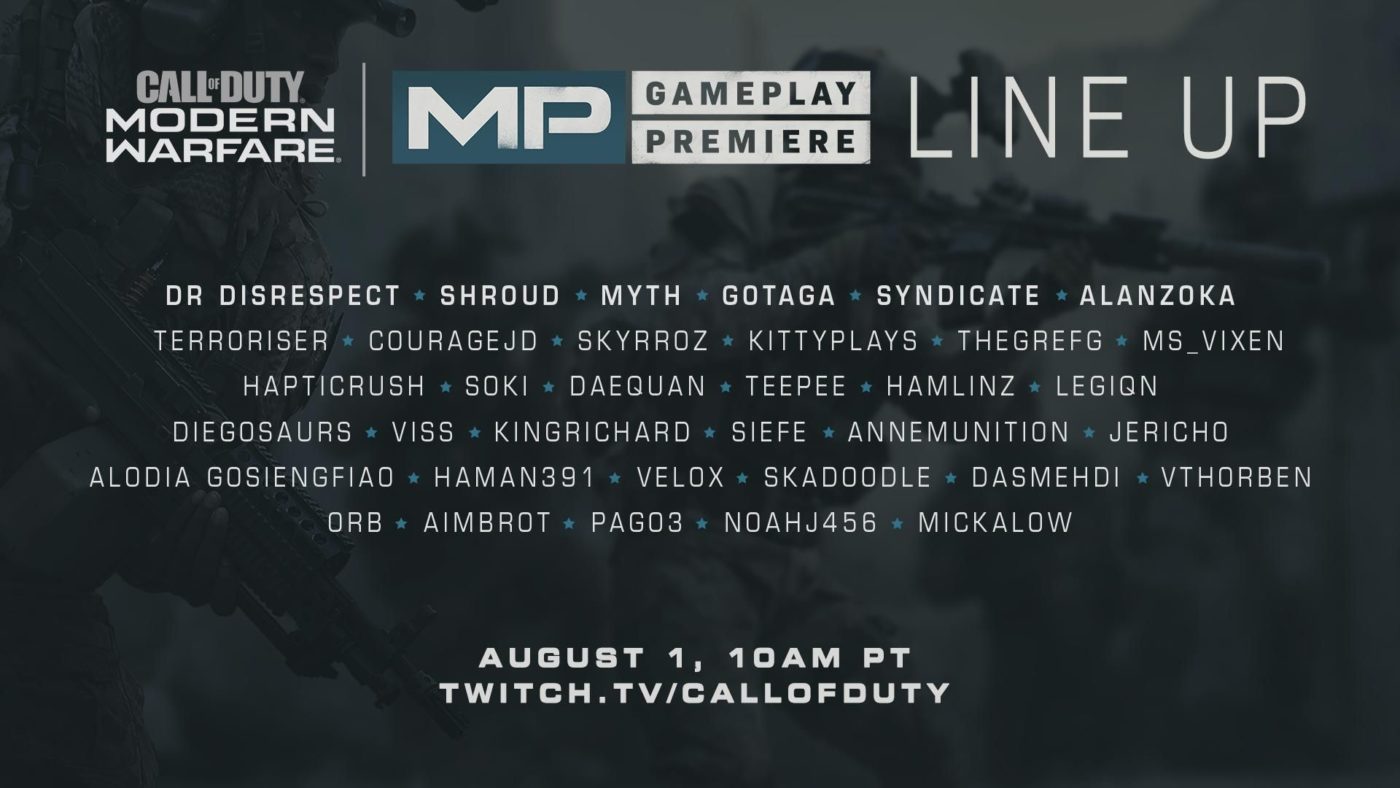 We know YouTubers such as Driftor, and popular Twitch streamers will once again be broadcasting live at the event. In fact, many of them have already arrived and have begun their playtesting. Interestingly enough, we should be getting some PC footage as the reports indicate that the PC version will be playable during a tournament at the event confirmed by Twitch streamer Orb.

I’ve been told there will be a tournament. And I get to play PC. ? Bring it ooooooon! pic.twitter.com/IMEwUof3sa

This isn’t the only exciting news that we will be getting, as Infinity Ward has released a new teaser for some Modern Warfare themed Night Vision Goggles that’ll most likely be packed in the the long rumor/leaked Dark Edition. Multiple editions for Call of Duty: Modern Warfare were revealed earlier this year, with the odd absent of a collector’s edition that every Call of Duty game has had since the first Modern Warfare.It’s been speculated that the team plans on debuting the physical content at their multiplayer reveal event, and this may indeed be true.

Learn more during the #ModernWarfare Multiplayer Premiere on 8/1 at 10AM PT. pic.twitter.com/irHPCsla8L

We gotta say these look pretty damn good (and expensive.)This actually isn’t the first time a Call of Duty game would come with some Night Vision goggle as the Prestige Edition for Call of Duty: Modern Warfare 2 also came with a fully functional goggle as you can see below. 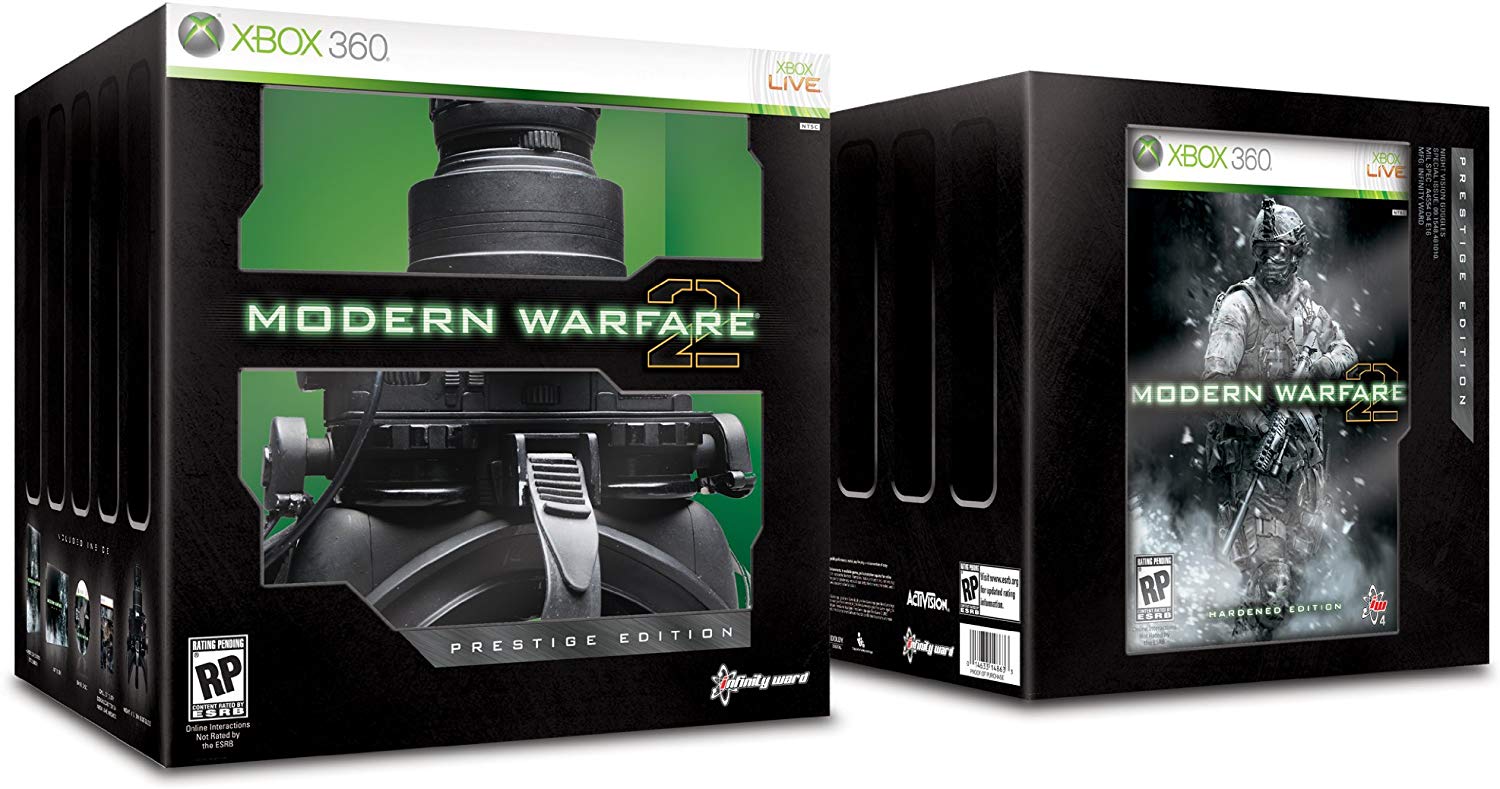 We gotta say from the screen posted, these newer versions of the goggle certainly appear to be a much higher quality than the previous one.

For more on Modern Warfare, we know that the game will have a vehicle killstreak reward that can be driven, and that the customization in the game will be “realistic and relevant.”