As mentioned yesterday, a bunch of Twitch influencers are going to be blowing the lid off Call of Duty: Modern Warfare multiplayer gameplay with a livestream of the shooter’s brand new mode called Gunfight.

Also of note, everyone one of these streamers have announced that the full  Modern Warfare multiplayer reveal will happen on August 1, so mark that in your calendar. Hopefully, that means we get a ton of new and official info regarding perks, weapons and more. 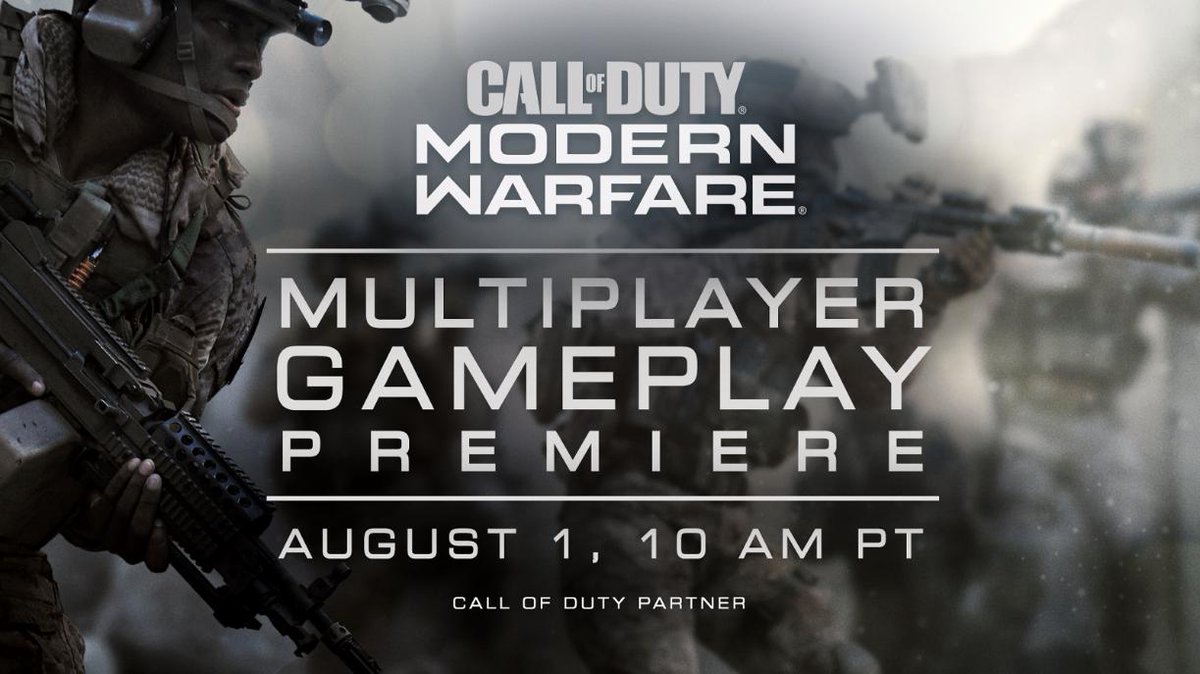 Report: Call of Duty: Modern Warfare Might Be Releasing on Steam According to Nvidia