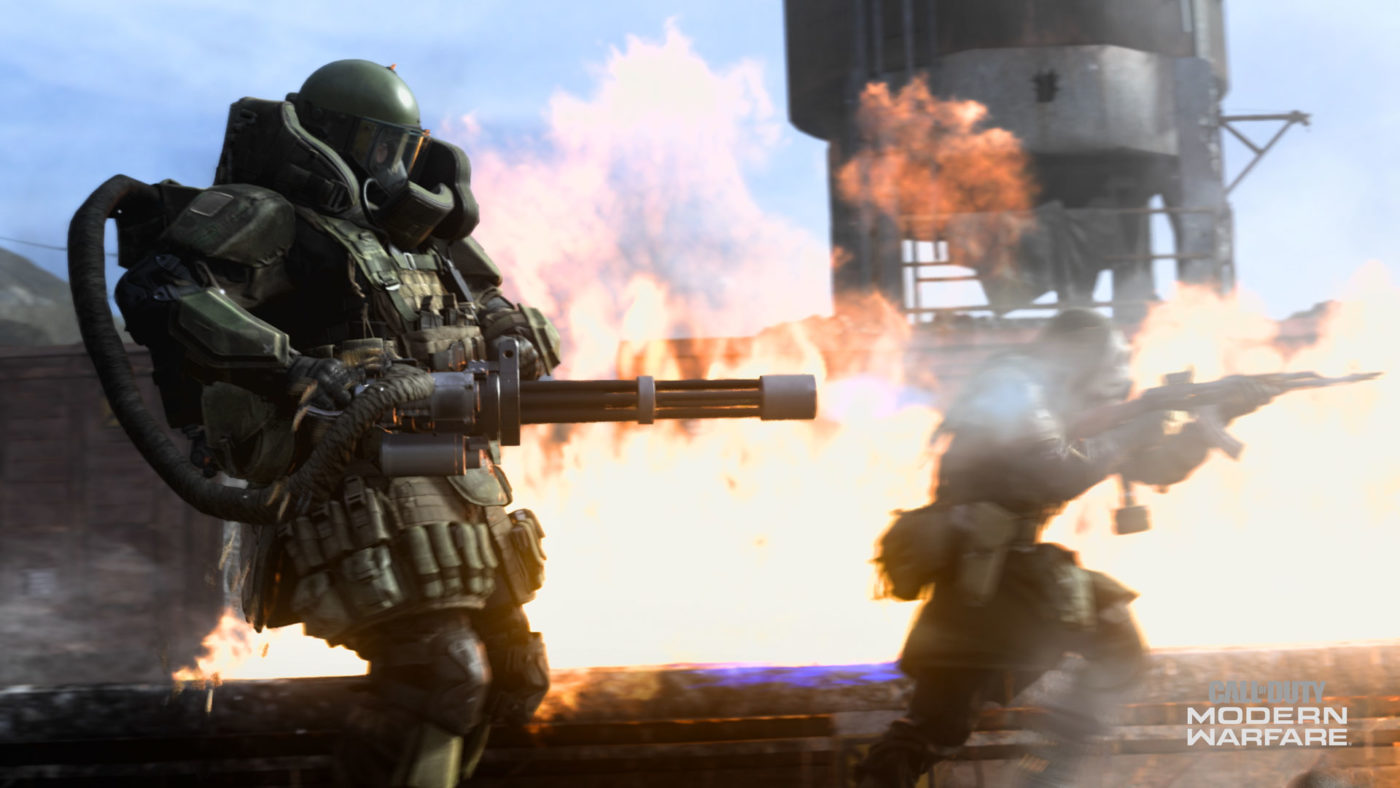 Call of Duty Modern Warfare Scorestreaks Can Be Done via Perk, Killstreak Looping Not Allowed

In case you didn’t know, Call of Duty: Modern Warfare will go back to the killstreak rewards system popularized in past games instead of the scorestreak system invented by Treyarch. While the game seems to be doing a lot of right things, it’s up to debate whether this is one of those things. For those who prefer scorestreaks, you’re not exactly counted out. Infinity Ward has confirmed that Modern Warfare scorestreaks are still possible in the game.

In an in-depth feature talking about the game today, Multiplayer Design Director Geoff Johns mentioned that scorestreaks are still possible in Modern Warfare by using a perk called “Point Man.” Not only that, but if you prefer to NOT use killstreak/scorestreak rewards at all, you can do so as well with the Specialist system, which shouldn’t be confused with Black Ops 4’s Specialists characters. The Specialist Strike Package introduced in Modern Warfare 3 allowed players to gain additional perks instead of your usual killstreak/scorestreak rewards.

The entire scorestreaks thing is good news, right? Unfortunately, there’s bad news, too. If you’re one of the players who can earn multiple killstreak rewards (or scorestreak rewards) in one life, you’ll be disappointed to know that in Modern Warfare, killstreak looping — meaning once you’ve unleashed all your killstreaks you’d once again be poised to earn them again — won’t be allowed. This was confirmed by Multiplayer Design Director Joe Cecot over on Twitter.

Thanks for the question Ixhdz. For this game we're not wrapping Killstreaks in a single life.

While I understand that Infinity Ward might be doing this to prevent killstreak rewards spam in matches, it does feel like penalizing the better players to some degree. Aside from gunning for a Nuke, once you’ve obtained your third — and final — killstreak, there’s really no point in staying alive.

Of course, given that Infinity Ward is using the upcoming beta to test how fans react to the game not employing a mini map, proper feedback from players might make the devs change their mind about killstreak looping too.

Are you glad that scorestreaks are still in the game albeit with a trade off? Should Infinity Ward let killstreak looping out to prevent pub stomping or is it a gameplay design mistake? Let us know your thoughts in the comments below.