If you’re one of the people who crave a real challenge when playing first-person shooter campaigns, chances are, you up the difficulty whenever you play a Call of Duty campaign. If so, you’ll be glad to know that a Modern Warfare Specialist difficulty mode has been confirmed!

This was confirmed today by Studio Narrative Director Taylor Kurosaki over on Twitter when asked by a fan about it.

For those not familiar with the mode, Specialist is essentially super hard difficulty that tweaks some of the gameplay mechanics to provide more of a challenge. This mode was introduced in Infinity Ward’s Infinite Warfare back in 2016.

Here’s an excerpt from the Call of Duty fandom wiki:

The player can only heal themselves with Nano Shots; there is no health regeneration in this mode. Helmets are their only protection from headshots; they will take permanent damage and will need to be replaced. Both Nano Shots and helmets take up equipment slots.

The player does not reload automatically when a magazine is emptied; they always need to press the reload button manually.

This should please those who crave a challenge.

This was confirmed by Reddit user Lumenprotoplasma who posted a screenshot of it: 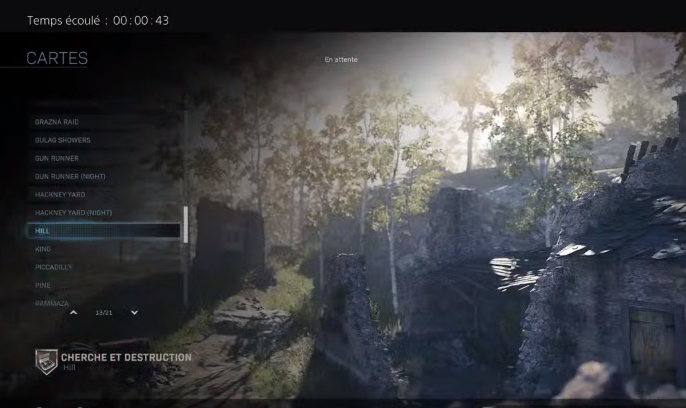 In case you need a reminder of what it looked like COD4, check out the video below where we can see the map in the game’s pre-alpha state.

These two bits of news are definitely a step in the right direction. Speaking of which, we can confirm that connection meters are in the console version of the game.

Are you surprised that Hill has come back and which other maps are you hoping we’ll see in Modern Warfare make a return?