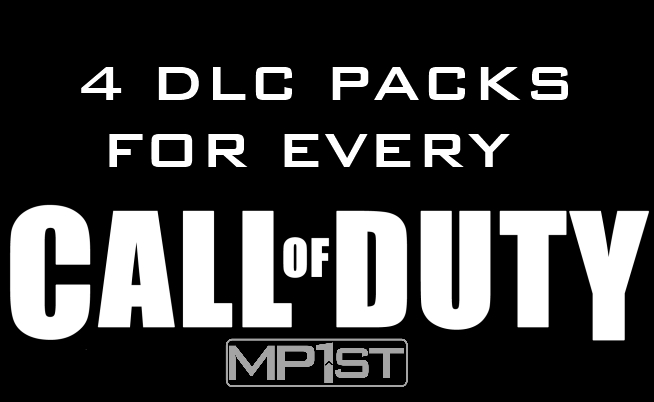 Yes, you read that title correctly. According to Activision’s newest ELITE trailer, which you can view in our earlier post, Modern Warfare 3 will be receiving four DLC packs this year, and apparently, so will every other yearly Call of Duty title from here on out.

As stated earlier, these DLC packs are bundles of the content that is to be released monthly for ELITE premium members. According to Activision, there is a total of 20 planned pieces of content to be released for Modern Warfare 3, so four DLC packs with 5 pieces of content each would make sense. What comes as a surprise to us is what comedian Rob Riggle cleverly stated in the trailer: “of course you can wait and get the DLC packs when they drop later – pay the 15 bucks, four times a year, like my grandmother buying a couch on layaway. Or, you could join ELITE for 50 bucks and get it all!” Of course, this does make sense with the addition of developers Raven Software, who are primarily focused on creating DLC for recent Call of Duty games. Having a separate studio would easily allow Activision to publish content often and this will also give more worth to the yearly $50 price tag for ELITE’s premium service.

Taking a look at past Call of Duty titles, we can see that Black Ops also had 4 DLC packs and is also covered by the ELITE service.

If you’re wondering when PS3 users or non-elite members will be receiving the upcoming DLC, check out this time line.

In the end, it looks like Call of Duty is here to stay for at least another couple of years. What do you think? Does this sound like a good deal to you?