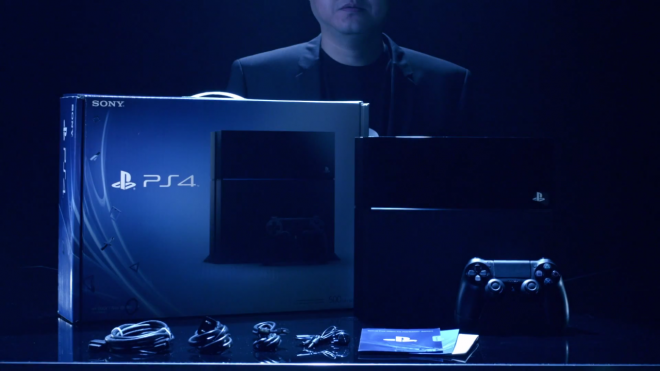 For your viewing pleasure and gaming needs, Sony unboxes their next-generation console, the PlayStation 4, in a brand new video while retailers Amazon and Target are currently holding some interesting PS4 promotions you might like to know about.

It’s short and no verbal details are really given, but Sony’s unboxing gives you a clear picture of what you’ll be getting in the box if you pick one up a PS4 or after its release this November 15.

If you’re looking for a more entertaining unboxing of the PlayStation 4, Francis’ video below does not disappoint.

If you’re dead set on picking up a PS4 some time soon, you may want to head on over to Amazon or Target which are both currently holding a buy-two-video-games-get-one-free deal.

Target’s deal appears to be all-inclusive to all video game titles in stock and expires on November 16 at 11:59pm PST.

Meanwhile, Amazon’s deal begins this Tuesday, November 12 at 9am PST and is restricted to only PS4 titles, which is certainly not a bad thing. “This is a buy 2 get 1 free promotion,” reads Amazon’s info page. “Simply add 3 of the select list of PS4 games to your cart. At checkout, use the eight digit promotional code, GR8TNESS. The discount will be reflected in your Order Summary.” You can read up on all the info for yourself right here. Here are the qualifying titles:

Will you be taking advantage of any of these deals? Let us know what you’re picking up!

If you missed it, feel free to catch the official Xbox One unboxing right here.