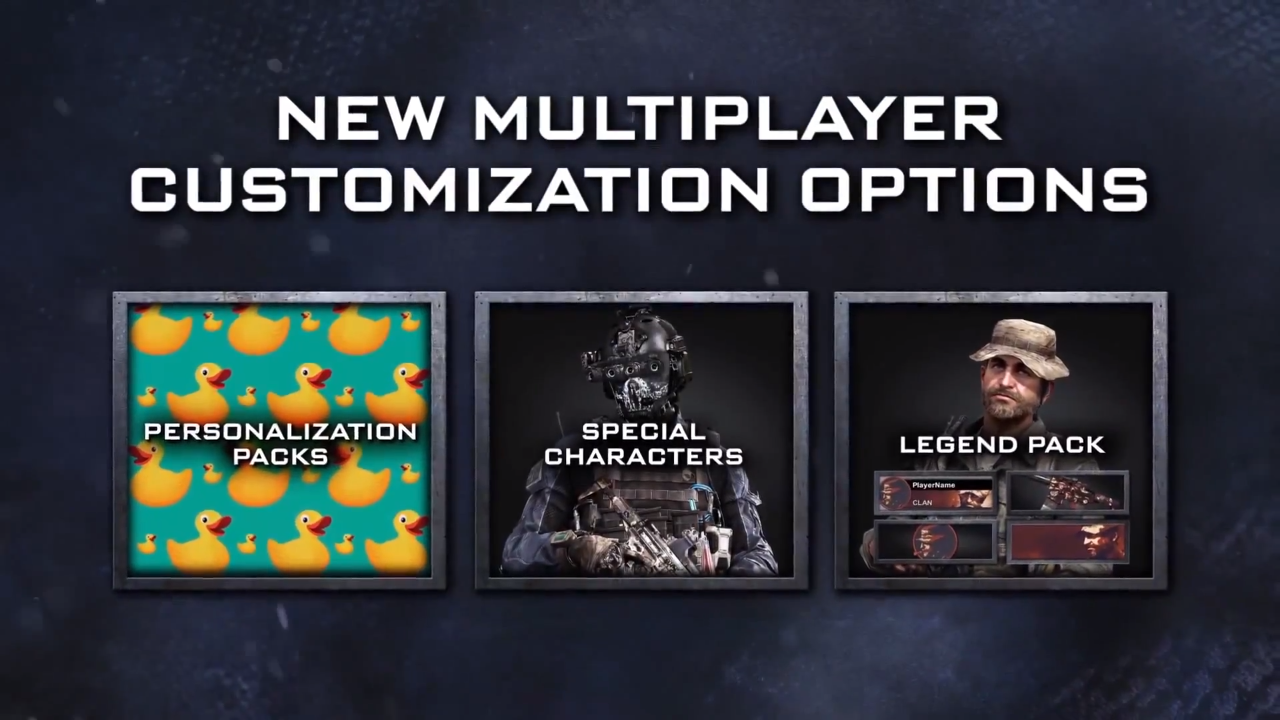 An interesting batch of Call of Duty: Ghosts personalization packs hit the Xbox Live Market place today for users on the Xbox One and Xbox 360.

Duck, Space Cats, Ghosts, Captain Price, and new loadout slots are all a part of this package that range from $1.99 items to $3.99 items. You can catch all of the specifics in our previous report right here, or check out the brand new trailer that developer Infinity Ward launched earlier today in the featured section above.

In addition, Infinity Ward is launching a handful of new game updates for all platform, save for the PC version which received an update earlier this week. You can catch the full list of patch notes for each specific platform by following this link, but here are a few highlights that apply to all platforms. Most notable of the bunch is the slight “nerf” to the Riotshield and C4 combo.