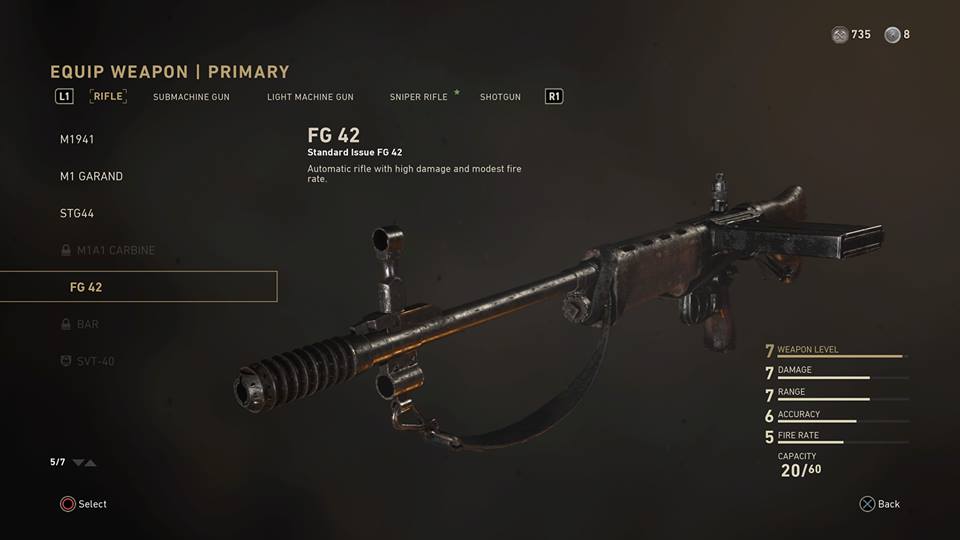 Call of Duty: WWII – The Best Gun in Multiplayer Revealed

While I’ve only squeezed in a few hours of Call of Duty: WWII multiplayer since yesterday, it seems I’ve found the “best gun” in the game so far. Note that this is subjective, but poking around the internet, it seems most people share the same sentiment: the FG-42 rifle is a beast weapon!

Why is it so powerful? It’s mostly due to being able to drop enemies at (almost) any range in three shots! Yep, you read that right! It’s a three-hit kill weapon that’s an automatic, has minimal recoil, decent iron sights, and the fire rate isn’t bad, either. There are a few drawbacks though, for one thing, it only has 20 bullets in each magazine, it reloads kinda slow, but that’s basically it.

Using the “Hustle” Basic Training perk will let you reload faster, or you can use it enough to unlock the extra magazine attachment, which should help its fairly limited bullet pool. Call of Duty YouTuber Drift0r even made a video about it, where he tested the range of the FG-42 and yep, it’s just damn powerful. If you have a permanent unlock token (which you can get by pre-ordering) you might want to use it since it can only be unlocked by reaching level 42.

Better use this now since I have a hunch Sledgehammer Games will nerf this gun hard very soon.

If you’ve used the FG-42, what are your thoughts on it? Which guns can outperform it? Share your feedback in the comments.