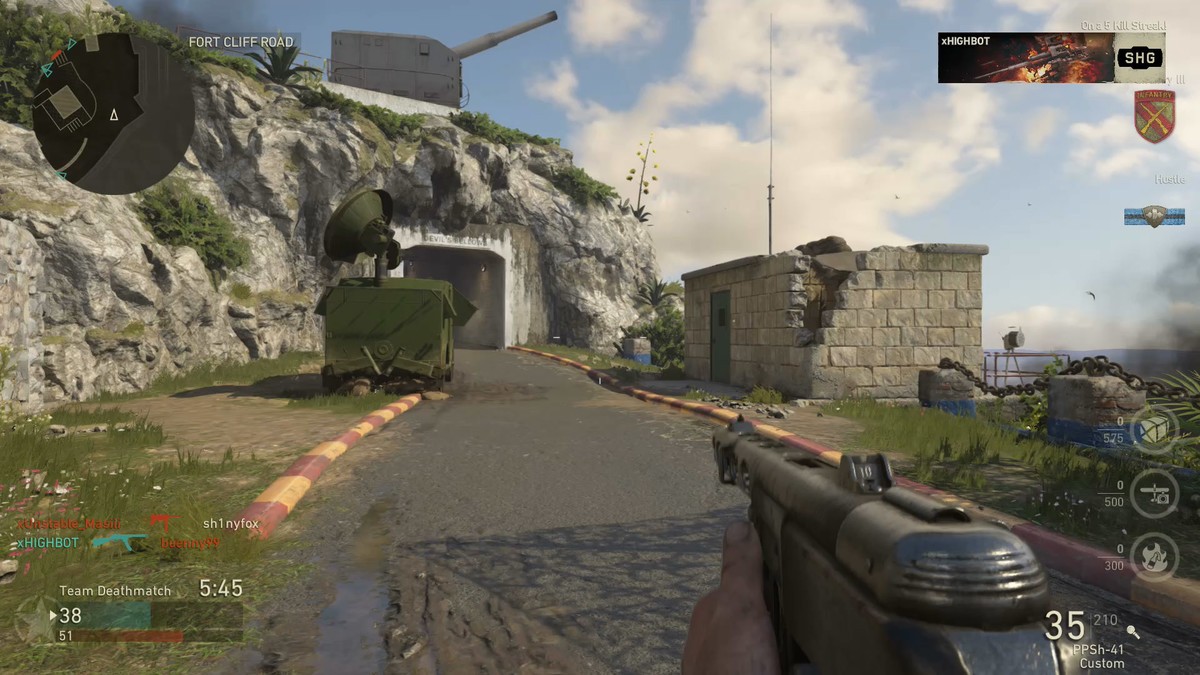 Michael Condrey has updated his post on Reddit, and amended his statement about console players not experiencing it as severely. Check out the updated message below.

[Update]: Morning all. I spoke out of turn on this post yesterday. In effort to communicate more here on Reddit, I hastily represented the console experiences as both being the same. That wasn’t fair to the community. I do play WWII a lot, but I’m primarily a CODWWII PS4 player. I play on PC too, but less frequently. This spectator bug definitely impacts X1 more than any other platform at the moment. The optimistic news, per my post above, is that a fix is coming and the SHG dev and QA team were aware of the need for urgency. The fix was integrated into our next game update for X1 and PS4, which will go live once it clears the first parties. It did considerably improve the PC experience, and the issue is less common, and brief, on PS4 which will also get the console fix. We will get it fixed for Xbox players too. So put this one on me – not the Team. And know every developer at SHG is listening and working to improve the game and bring exciting new events and content to fans of the game.

Nice job on acknowledging, and rectifying it. Stay tuned for the latest Call of Duty: WWII news here on MP1st.

If you’ve been playing Call of Duty: WWII since release or just recently, you’ve no doubt might have seen the spectator bug affecting the game right now. For those unfamiliar with the issue, it shows the player (you) spawning in but only as a spectator while the match is currently on-going, which affects gameplay for objective-based modes like Domination, Capture the Flag, and so on.

Over on Reddit, Sledgehammer Games boss Michael Condrey has finally acknowledged the issue, and has given a statement about it.

If you can’t read the embedded post, it reads:

We wanted to update you on the work we’ve done to address the PC issue that some people were seeing where they initially spawned into a match in spectator mode. This delayed spawn issue generally is uncommon and brief on consoles, but had the potential to be much longer for PC players.

Over the holiday break, we made a update to the PC that prioritized the streaming of the critical blocking gun assets. The fix made a serious improvement to the issue on the PC platform. Since it went live, we’ve still seen it on rare occasions but the duration was very brief. Please let us know your experience, but we’re pretty confident that the issue has been virtually eliminated from impacting the quality of the match experience for PC players now.

While this spectator issue generally doesnt impact console players, and when it does the duration is very short, we’ll be rolling the same streaming fix out to both consoles in the game update that comes out later this month. We’ll keep you posted on that in our patch notes when the update goes live.

The tl;dr version is: fix is incoming later this month for both consoles and PC. PC is more affected by i than consoles.

What’s odd here is the part about how it generally “doesn’t impact console players.” I mean, I play on PS4, and I experience it in virtually every game. Sure, it might not last for a long time, but it is there.

Let’s hope this month’s update for the game also fixes sprint out time, and includes some of the weapon balancing tweaks as well.

Call of Duty: WWII “The Darkest Shore” Trailer Gives Us a Taste of New Death