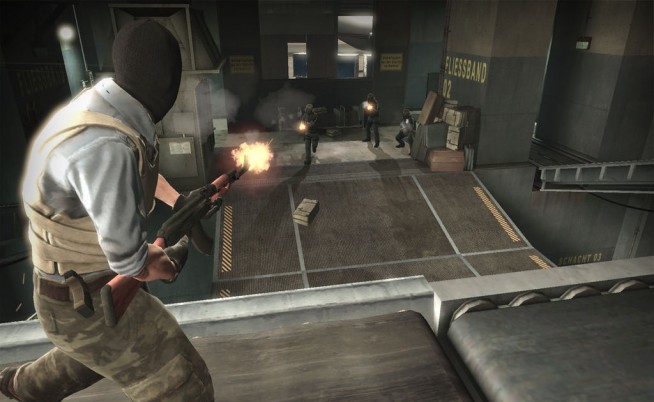 Developers of Counter-Strike: Global Offensive have recently released a set of heat maps for the map de_train.

For those who don’t know, a heat map is basically a diagram that shows developers (and players) exactly where the “hot spots” of a particular map are. It does this by simply painting a dot where ever a player has fired a bullet in-game. A higher density of dots means that that spot tends to see a higher number of gun fights.

Check out the image below showing the hot spots for the map de_train. 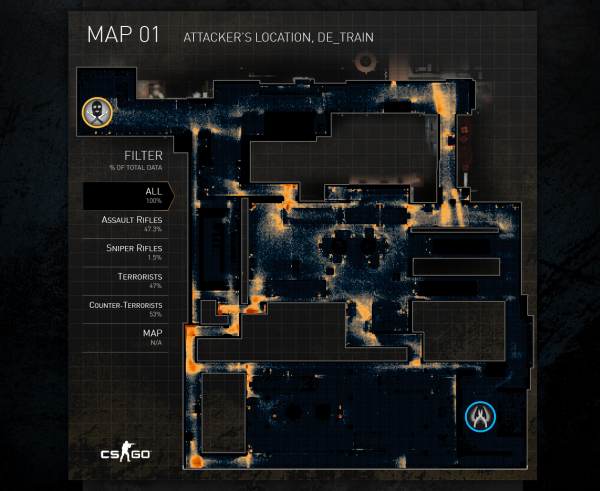 This diagram accounts for 6.5 million bullets fired, according to the official Counter-Strike Blog. You can check it out for yourself and even filter the image to show stats for assault rifles, sniper rifles, terrorists and counter-terrorists.

Last Friday also saw an update to the Global Offensive beta. We’ve included the full list of update notes below. Some note worthy changes are the addition of “screen shake,” which should give players better visual feedback when firing a weapon, as well as a server browser added to the Play menu.