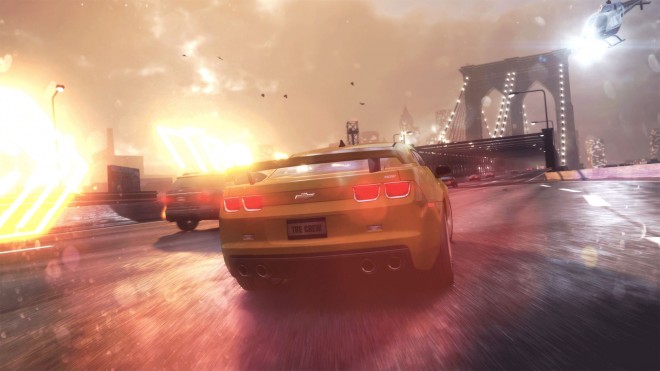 Showcasing the massive open world of The Crew at E3 2014, developer Ubisoft/Ivory Tower demoed a coast to coast race sequence in their next-gen racer that creative director Julian Gerighty says will take over two real life hours to complete.

For time sake, the on-screen demo was clearly sped up, but it gives you a pretty good idea of the sort of scale The Crew will deliver when it launches of Xbox One, PlayStation 4, and PC on November 11. As we reported earlier, The Crews’ world map is, in fact, greater than that of Grand Theft Auto V’s Los Santos, Red Dead Redemption’s Wild West, Forza Horizon’s Colorado, Need for Speed Rival’s Redview County, Far Cry 3’s tropical island and Skyrim combined.

In addition, Gerighty also announced that The Crew’s closed beta will begin on July 23. You can sign up now at the beta’s official page.

What are your thoughts on Ubisoft and Ivory Tower’s upcoming racer? Does its epic open world appeal to you?