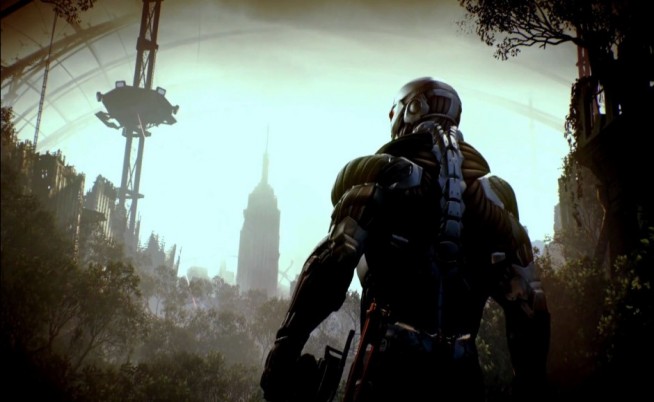 If you’ve seen the recent Crysis 3 gameplay reveal trailer, than you’re probably busy mopping up rainbow puke off of your computer desk. If not, we have some interesting new details revealing what Crytek is up to when it comes to the console version of Crysis 3.

Last year, Crysis 2 PC fans were treated to a free DirectX 11 upgrade which drastically improved the game’s visuals. Crytek has already stated that this would be a feature included at the launch of Crysis 3 on PC. What we find particularly interesting, however, is that Crytek  has recently revealed that they have some how managed to get some of these features running on the console version of Crysis 3 as well.

Speaking to Eurogamer, Rasmus Højengaard, director of creative development at Crytek, stated, “we want to make sure as much as is humanly possible can translate from a DX11 variant into a DX9 variant, that will work almost as good on an Xbox console to whatever extent we can, because we don’t want the experience to be different between the platforms.”

Going into further detail, Højengaard explains the type of work the team is accomplishing on consoles: “It is very, very difficult, but it is possible. It just requires a lot of effort. Some of the stuff these guys are making work on consoles now is absolutely amazing. It’s render features that shouldn’t theoretically work on consoles, but they’ve managed to construct code that can emulate a similar thing from a… hack and slash sounds wrong, but they don’t have the same streamlined pipeline you would have with a DX11 structure, but they can get to a similar result just by experimenting and using tips and tricks.”

He added, “I’m not saying this will be in the game, but they managed to make parallax occlusion mapping work, which is an advanced form of bump mapping where you get silhouettes as well, and you have self-shadowing even though you have absolutely no polygons,” The interesting part of this features is that it’s “a very advanced feature, and it shouldn’t theoretically run on a 360, but they made it run on a 360,” claims Højengaard.

Of course, Crytek needs to balance the power of the CryEngine 3 with the hardware of consoles: “what it all boils down to is to what extent they’re able to use this without choking the console.” Højengaard added, “It’s always interesting to push stuff when the perception is you can’t push it anymore,” and “that’s definitely something we’re doing.”

You may wonder how Crytek is able to accomplish so much in such a short amount of time, seeing that Crysis 3 has only been in development for 1 year.  Højengaard explained, “we can just be very efficient about the production because we have a stable technology path and we’re not developing a new engine, and we have people who really know what they want to do with the game, which means we can get something out somewhat quicker than we could with Crysis 2, which had new engine development, and Crysis 1, which was new IP.”

Crysis 3 is shaping up to be one of the best looking games of this generation across all platforms. In fact, Højengaard recently told Gamerzines, “we’re just going for making the best looking game that’s ever been made, basically, and I think we’re well on the way,” when speaking about the quality of art and the availability of tech in Crysis 3.

Do you think Crytek has what it takes to muster up the ultimate benchmark for this generation of consoles? If so, let’s hope they can also back it up with some amazing multiplayer!

Featured image thanks to CVG.

Thanks, Rob Shane, for the tip!