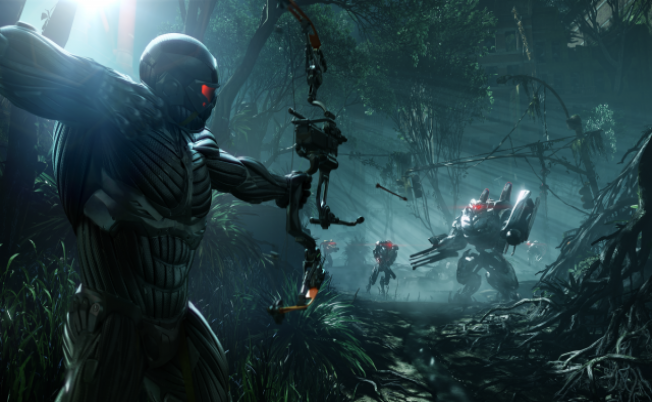 Crytek announces Crysis 3 to arrive in Spring, 2013 across the PC platform, Xbox 360 and PS3. Well, it’s not like we didn’t see this one coming, what with all the recent leaks. Nevertheless, an announcement such as this could not be more welcomed among the FPS community.

Players will once again dawn the Nanosuit as they assume the role of ‘Prophet’ and explore an entirely different and vast New York City. Crytek promises “seven unique themes that offer stunning and visually loaded gameplay experiences.” Fans can also expect “a thrilling mix of sandbox gameplay, advanced combat and hi-tech human and alien weaponry,” according to Crytek’s official webpage.

Also announced is the Crysis 3 Hunter Edition. By pre-ording ahead of time, players will receive “the tools to become the ultimate hunter in multiplayer with early access to the new signature bow and its attachments, plus the Hunter Nanosuit module which adds additional power and functionality to the super-suit. Gamers who pre-order now will also have a head start when playing online with a bonus XP boost up to level 5, a unique bow skin and three exclusive dog tags to hunt in style.”

Additionally, Crytek is giving players the opportunity to choose among three different pre-order bonuses that include early unlocks to various weapons, skins and dog tags in Crysis 3’s multiplayer:

Expect a debut trailer on April 23rd and make sure to visit the official Crysis 3 webpage to pre-order your copy and learn more about the next addition to the Crysis family.