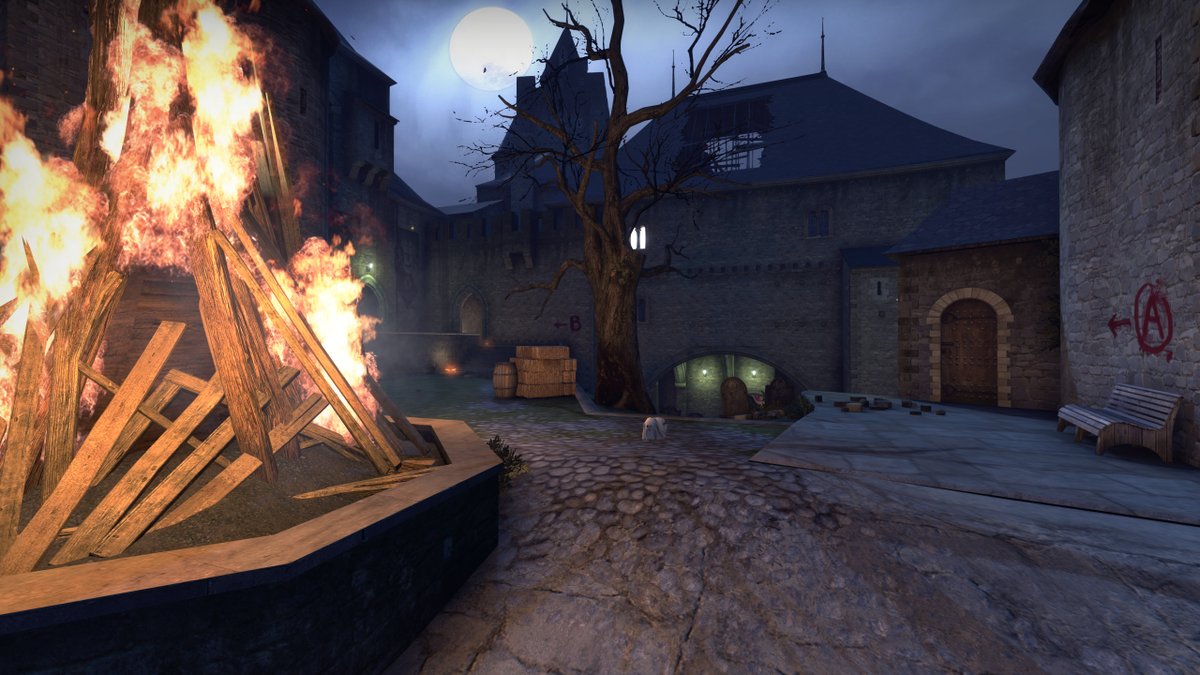 Valve is bringing the holidays to Counter-Strike: Global Offensive! In a new blog post, the company announced the CS:GO Halloween event called the “Graveyard Shift.”

Players will be able to fight their way through a “midnight makeover” of Cobblestone! Not only that, but players will be able to torment players as a “ghost” in Casual, Demolition, and Flying Scoutsman game modes, too! Ghosts can spray graffiti, meet the other undeads, or just break objects using their special ghost knife. 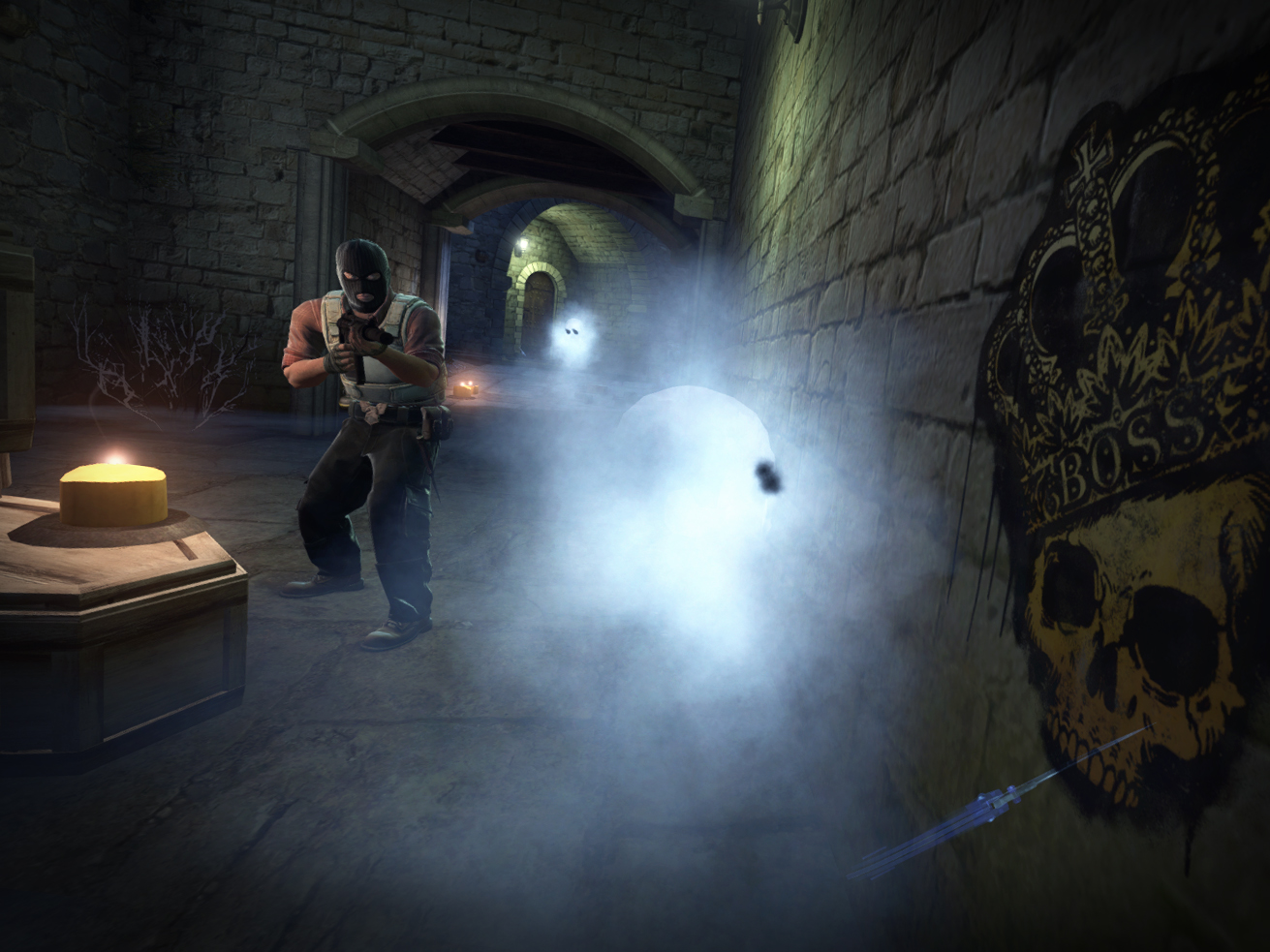 There’s also the patch notes as well. Read the entire thing below.

[HAPPY HALLOWEEN]
– In Casual, Demolition, and Flying Scoutsman game modes, players now haunt the world as ghosts when they die until the end of the round. Spoooooky!
– Ghosts can:
— Only be seen by other ghosts and observers.
— Apply Graffiti in the world.
— Affect interact-able props (soccer balls, glass, potted plants, etc).
— Turn chickens into zombie chickens.
— Possess Bots by using them.
– Two pumpkin soccer balls now spawn in a random places on the map during Halloween.
– Improved chickens ability to avoid walking straight into walls.
– Chickens now spawn in all non-competitive matches during Halloween.
– Chickens have gotten into the spooky Halloween spirit.
– Who put all this candy corn in my gun?!

[MISC]
– Timeouts are now saved and restored in round backups.

Are you joining the CS:GO Halloween party? Let us know how it goes in the comments.