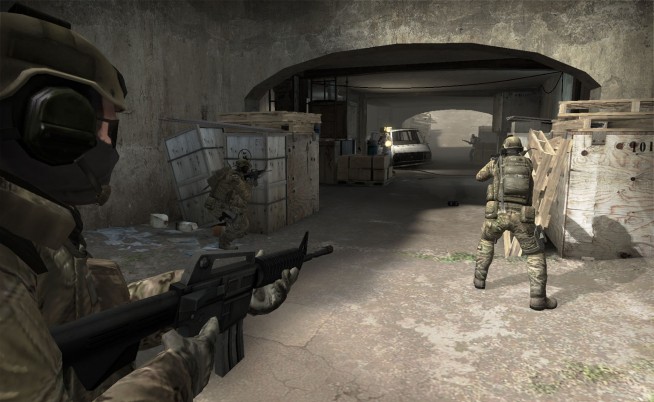 The Counter-Strike: Global Offensive Beta is currently underway and being enjoyed by a number of active community members. If you’ve missed out on the details, find out how to get your key here. As for additional details, the team behind CS:GO recently answered some questions from the community which gives some insight as to what the team is working on.

First, a word of warning: csgobeta.com does not hand out beta keys. According to the CS:GO team, “that is a fake scam site.”

With that out of the way, many fans have been urging the developers to release the beta to the general public. (At the moment, only top community members can earn access to the beta, with more opportunities on the way.) The official CS:GO Twitter handle explains the reasoning behind keeping a tight lid on the beta: “We need to grow the beta in stages. The beta really is about testing, not promotion. But don’t worry, it will keep growing.”

Fans have also been asking devs to let the servers rotate through the maps so that players aren’t stuck in one particular location. It was clarified that the they “will be mixing up the beta every week,” which should hopefully ease some worries.

Of course, many are wondering if the beta will ever make its way to the PS3 or Xbox 360, platforms which will currently only see the retail version of CS:GO. The team clarified, “the beta is for PC only.” As for the Mac version, they clarified that a “Mac version is coming [as well] but for the beta, we need to be more nimble to react. Isolating the beta to one platform lets us do that.”

Hopefully that should answer a few of the questions that many CS fans have been dying to know. For more details about the beta and about the game itself, stay tuned to MP1st by following us on Twitter and Facebook!