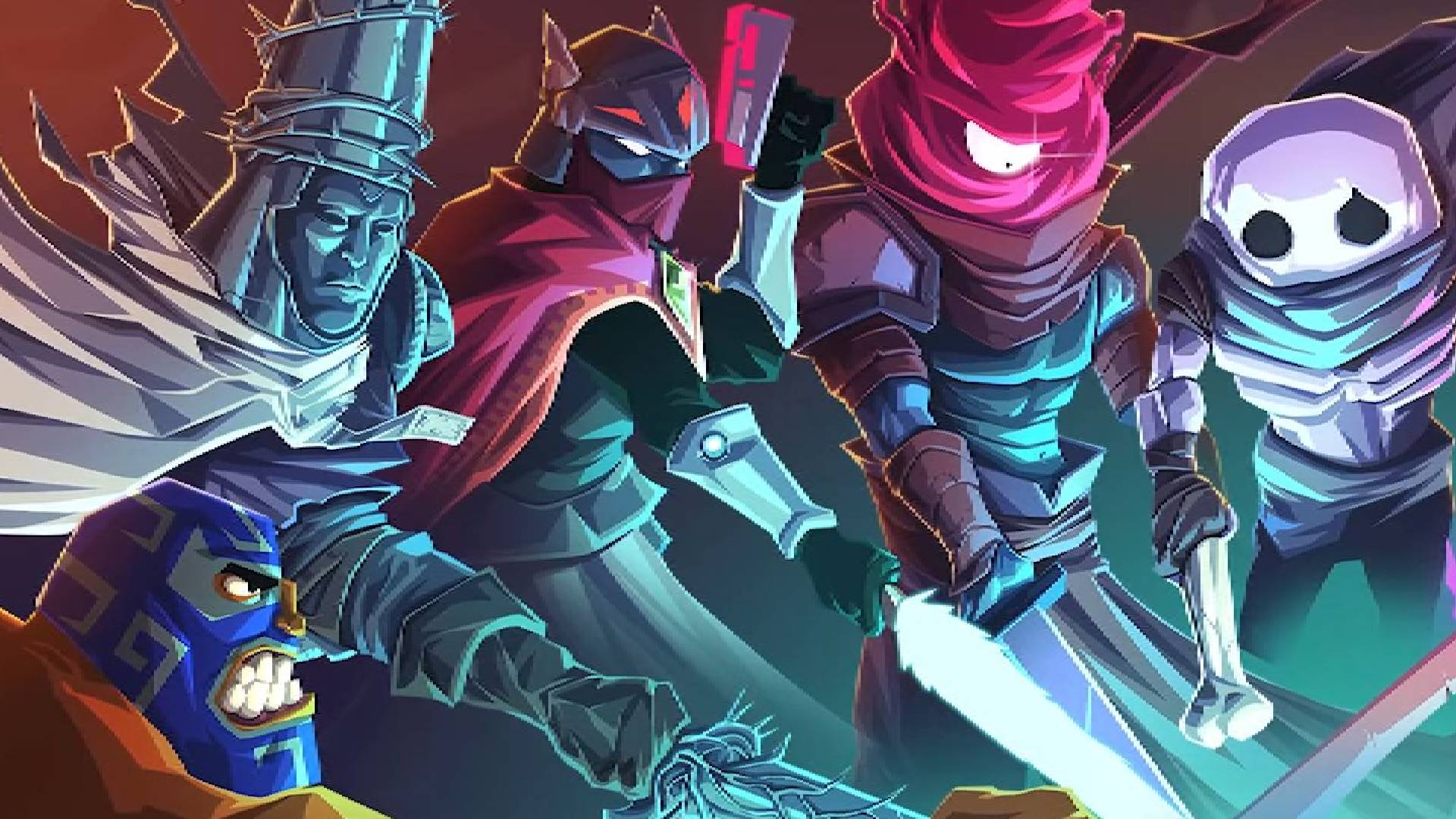 Motion Twin has released the Dead Cells update 1.29 patch this November 29, which brings the “Everyone Is Here” title update to consoles! This patch was released on PC last week, but is now available for the console versions of the game.

How do you get this free stuff?

You’ll find a book of clues in the opening area – figure out the riddles within and complete the challenges to unlock fresh outfits!

If you want the full details of everything right now then check out the patchnotes and the little summary below, if you want to keep some mystery then download the update and get into it!

The Knight was a bit too shy to show themself, so you won’t be seeing them running around the island, but their trusty nail is here 🙂

The Pure Nail can attack upward and downward. Attacking downward while airborne causes you to bounce on your enemies, dealing critical damage.

​The Hyper Light Gun marks its targets while also dealing damage. The Sword deals critical damage to the marked targets, increasing with the number of gun marks on the target. Sword hits also recharge the gun’s ammo, which doesn’t recharge passively.

The Penitent One is here. Mea Culpa…

Crush the Face Flask on your forehead, dealing low damage to yourself and transforming 35 percent of your missing health into recovery.

The luchador Juan arrives, with a feathery surprise up his non-existent sleeve…

Channel your chicken spirit with the Pollo Power, turning into a chicken for a few seconds while firing several explosive eggs around you.

Tear your way through hordes of enemies as Skul, slaying mobs with a trusty bone club.

Smash enemies with a bone club. Hitting with the second attack enables a whirlwind attack that deals critical damage.

Curse of the Dead Gods

That’s right, mutton chops are in Dead Cells, we have now accomplished everything that we set out to do when we started this. Shut it all down.

​Slash twice with a machete. The third attack uses the pistol to bump and inflict critical damage to nearby enemies. Holding the attack button charges a slow and powerful ranged attack.

That’s it for the content, there’s a few of the usual QoL fixes and what not too, so check out the patchnotes if you’d like to know more about that.

If you haven’t had the chance to play Curse of the Dead Gods, Skul: The Hero Slayer or Guacamelee 2, then we are running a bundle with them on Steam from 10am PT so go fill your boots and show some love for the indies!

We’ll be back soon with some more news, hope you enjoy the update and as always please don’t hesitate to leave us feedback 🙂