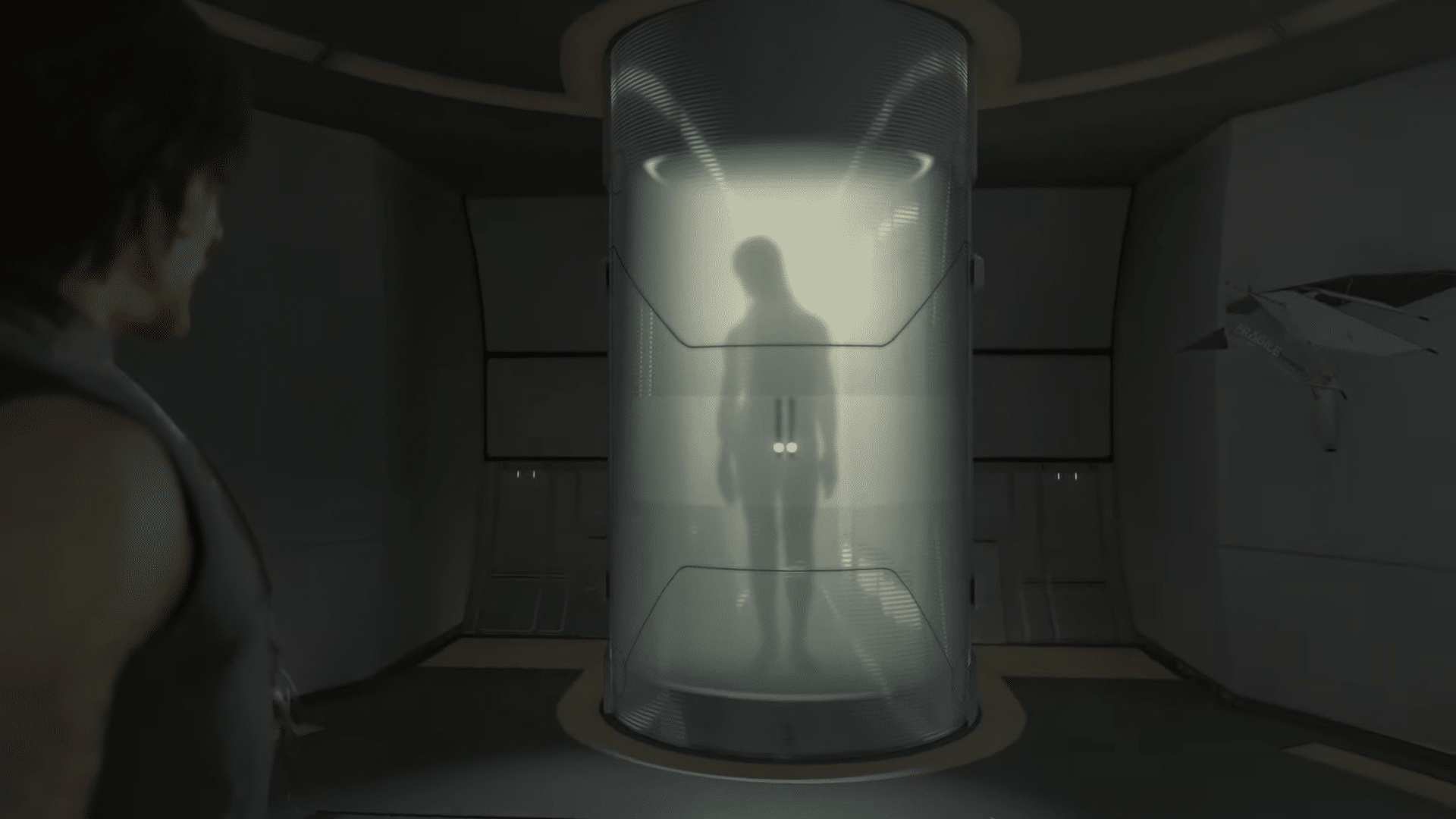 Hideo Kojima has once again outdone himself. The recently released Death Stranding Director’s Cut has a clever and creepy PT reference, and fans will spot it right away when they make Sam Porter Bridges rest inside a ready room!

Here’s the scene in question if you’re curious and want to see it right away. Obviously spoiler alert is in effect, and it’s definitely not for the faint of heart!

As some fans may notice from this little sequence, the figure that’s inside the shower capsule looks similar to one of BT enemies Sam encounters in the game, except that it stands ominously still until Sam slowly approaches it and then its body starts to contorts wildly — reminiscent of how the ghost Lisa moves and shakes in the PT demo! After the shaking stops, the figure’s form changes to that of Metal Gear Solid’s Psycho Mantis — and then it bursts out of the shower and you can see its gooey face which looks awfully like Hideo Kojima himself! After that, Sam wakes up from his nightmare, and we are left wondering what exactly inspired Kojima to add this little nod to a project that could have been the next Silent Hill game.

While PT is still in the minds and hearts of fans who love survival horror games, the demo has long been delisted and PS5 backwards compatibility has been removed for PS4 owners who are lucky to have it.