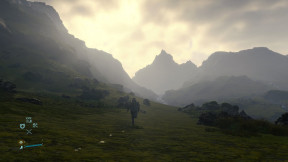 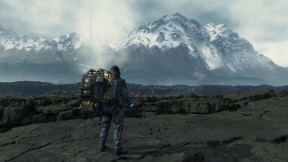 News 0 Kojima Productions has rolled out a new patch for action-exploration game Death Stranding. This Death Stranding  January 31 update doesn’t include any new content, but it does have bug fixes, and quality of life (QOL) update that should please players. Clocking in at just 1GB, you can check out the full Death Stranding January 31 […] 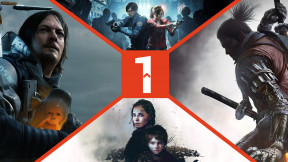 News 2 While 2019 didn’t have any one or two games that seemed to loom large over the rest of the year’s releases like 2018 with God of War, Red Dead Redemption 2 and Spider-man, it did offer a lot of variety and gave us no real front runner leaving the field wide open for almost any […]

News 0 Kojima Productions has released Death Stranding update 1.08 today, and it’s live now on PS4! Given this is an unannounced patch, don’t expect anything major or any new content. Checking the game’s update history, it only mentions various fixes, and nothing more. Death Stranding update 1.08 patch notes: Various performance improvements. While that’s the only […] 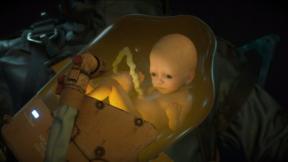 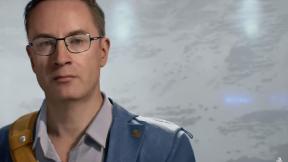 News 0 Film director Nicolas Winding Refn took to his Instagram today to post an image of himself and Kojima, though it’s the message he had tied to it that has fans already talking of a possible Death Stranding sequel. From the past year, we’ve known that game director Hideo Kojima has wanted to continue with creating […] 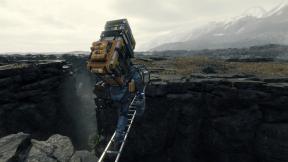 News 7 Alone, on a snow-covered mountain top, Sam trudges his way through a whiteout. With near-zero visibility and only the pulse of his Odradek scanner to briefly give him a glimpse of the terrain, being outside of the Chiral Network, Death Stranding’s version of the internet, getting to your destination can be harrowing. Once you reach […] 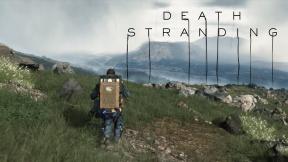 News 1 Kojima Productions has released a new Death Stranding update today on PS4, and it’s live now! Death Stranding update 1.06 clocks in at 1.049GB. Same as before, Kojima Productions doesn’t really say what’s in their patch notes other than what’s mentioned in the update history. According to the game’s update notes, it’s for: Optimized network […] 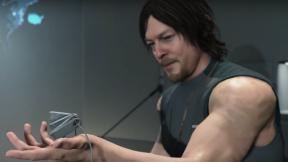 Death Stranding Update Version 1.04 and Day One Updates – Here’s What’s in All of ‘Em News 0 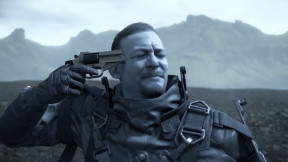 Death Stranding Comparison – Do the Visuals Live Up to the Trailers? News 2

News 2 We take a look at the visual progression of Death Stranding throughout the years. We opted not to go with a full-screen side by side comparison, because often the images would desync due to their difference in appearance and animations. E3 2016 Reveal Trailer: What’s the Difference? First up is the original 2016 reveal trailer. […] 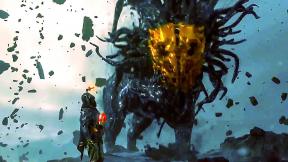 Death Stranding Review – A Slow Burn That Pays Off Reviews 1

Reviews 1 It’s been some time since Hideo Kojima developed a game not related to the Metal Gear Solid franchise. which is surreal when you think about it. Enter the legendary creator (and Kojima Productions’) Death Stranding; a completely new IP not shackled by the previous mythos of an existing series. Not only that, but the gameplay […] 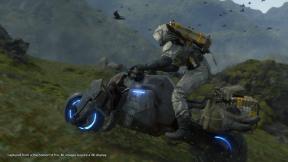 News 0 After being teased, the Death Stranding launch trailer has officially been released! The trailer (which you can watch below) is edited by the game’s director, Hideo Kojima, and runs for nearly 8 minutes. This trailer includes a large chunk of fresh new scenes, and judging by some of the response it may be wise to […] 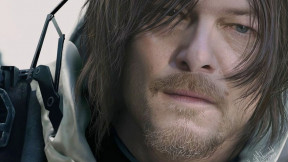 News 1 After much speculation, the Death Stranding PC release has finally been reconfirmed, and it’ll be launching within the first half of next year! At the time of the original game announcement, it was revealed that the title would be hitting the PlayStation 4 first with PC coming out at a later date. This, however, drew […] 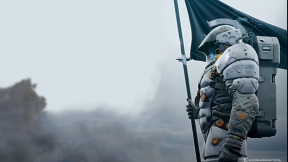 News 6 Game director Hideo Kojima looks towards the future as to what is next in this new genre of games he’s calling “Strand.” Speaking during the 2019 Cologne Film Festival live panel, Hideo Kojima got asked whether he had any plans to expand on Death Stranding’s current story with future iterations. While he didn’t answer if […] 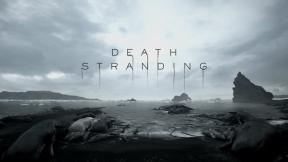 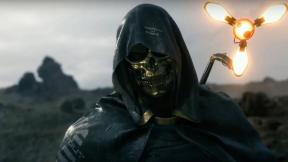 News 0 Not a fan of the current Death Stranding box? Well, you may be in luck as Amazon UK is offering an exclusive sleeve for the standard edition of the game. Known as the “Higgs Variant” the sleeve will feature (as the name suggest) Higgs with his Golden Skull mask. We gotta say it looks fantastic, […]

Death Stranding NPCs Can Die Based on Player Actions News 6

News 6 Hideo Kojima continues to express that connections are very important in Death Stranding, up to the point that some of the Death Stranding NPCs (non-player controlled characters) will even play a role in characters’ deaths. During a recent panel held at the Garage Museum of Modern Art in Moscow, game director Hideo Kojima shed some […]

News 0 We are almost a month away from the official release of Death Stranding, and to prepare for the major marketing push, PlayStation has released an all-new Death Stranding cinematic trailer that’ll play during commercial breaks. The video below is entirely CGI, meaning none of it is actually in-game footage. It runs about a minute and […]