Addition of save data conversion system.

Open the cuff links in menu while standing at a delivery terminal and select “Export Save Data.”

Data cannot be exported while Orders for Sam are in progress.

Complete any outstanding orders before exporting.

In order to load exported save data on PS5, you will need to log into the same account for PlayStation Network that was used to create your PS4 save data.

Curious what will carry over and what won’t? Here’s a list (via MetalGearInformer):

What Death Stranding Content Will Carry Over for Data Transfer From PS4 to PS5? 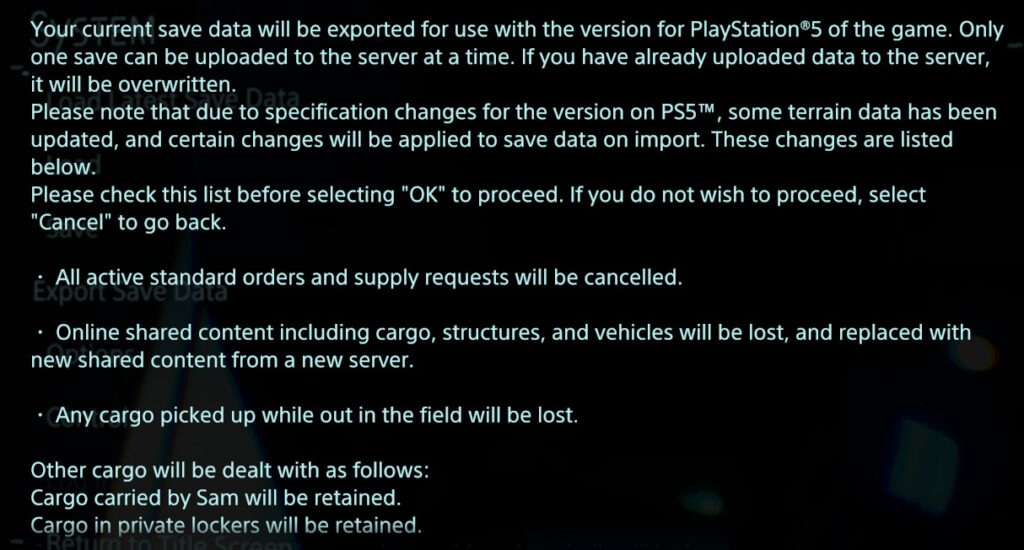 As for Death Stranding Director’s Cut, it will be out this September 24, and you can check out gameplay showcasing the new stuff here.

In related news, Norman Reedus, star of the first game, might have just accidentally confirmed that a sequel is on the way.

If there are other gameplay-related changes included in this patch, we’ll be sure to update the post.