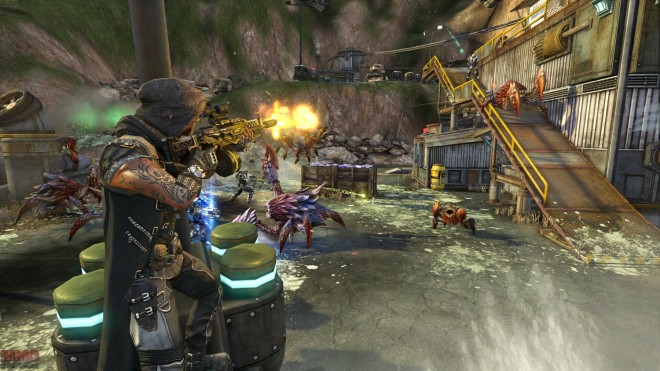 The third beta for Trion World’s action MMO Defiance is currently underway as participants experience both co-op and competitive action in an alien infested war zone.

According to the ‘Community Overlord,’ Sledgehammer70, a recent patch on the Xbox 360 version of the beta just went live, addressing a number of issues.

Some users who have been patiently waiting to get in some gaming sessions on the Xbox 360 could not due to log-in issues, or weren’t able to enjoy the game due to significant lag.

As of now, those issues have been addressed and fixed with the latest patch that just went live.

The Xbox 360 beta for Defiance is set to be available up until March 27th with the retail version of Defiance coming out April 2nd for the PC, PS3 and Xbox 360 platforms.