FromSoftware has been around for over three decades, but if we’re being honest, they didn’t become the widely revered developer they are today until the last decade or so. And a large part of that is because of the original Demon’s Souls which was released exclusively for the PlayStation 3 in 2009. Even then, they didn’t have the level of industry respect they have now. Demon’s Souls was the very definition of the word “niche;” a super challenging action-RPG with opaque systems and story that really relied on the small following of the game to help suss out exactly what the story was and what the systems were. Since the game didn’t quite set the sales charts on fire, From tried again with another publisher with the pseudo sequel Dark Souls, and the rest is, as they say, history. The Dark Souls games have become mainstream successes, inspired a whole new sub-genre, and have become highly profitable.

Sony, clearly seeing the opportunity to capitalize on the recent success of the Souls games dusted off their Demon’s Souls IP, the one that started it all, and tasked Bluepoint games with doing a remake. After the success of Bluepoint’s remake of another PlayStation cult favorite, Shadow of the Colossus, it stands to reason why Sony chose Bluepoint. They’re good at what they do. And nothing shows that more than what they’ve managed to accomplish with Demon’s Souls. Read on for our Dark Souls PS5 review to see what we mean. 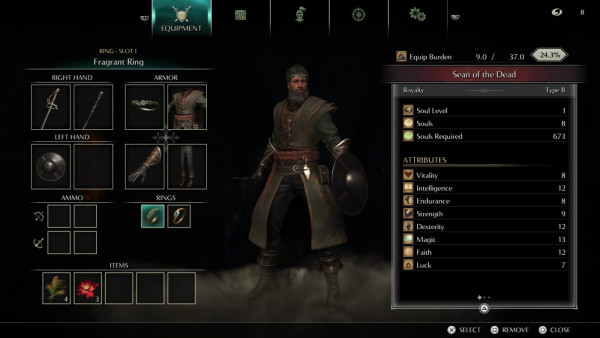 By the Power of Boletaria

Visually, Demon’s Souls is stunning. Right off the bat, the character creator is incredible. Having the best looking character models I’ve ever seen in a character creator, there are so many preset options that can be combined and tweaked that someone could literally spend hours making an exact replica of themselves or a close approximation of themselves. Once I was in the game proper I was taken aback by how gorgeous and new everything looked. From the fabric of my character’s clothing, to the environments and lighting to the particle effects of my Soul Arrows as I fired upon my first enemy. Each of the worlds you will visit in the Kingdom Boletaria is beautifully realized and unique to themselves. I could go on and on about how wonderful Demon’s Souls looks now but to sum up, the work Bluepoint has done here is absolutely stunning.

I might argue that the sound is even better? The sounds of everything from spells, to the clanking of metal swords, to the ambient wails of Storm Beats in the raining Shrine of Storms, the sound is impeccable. So much so that I’ve been playing the entire game with headphones to really soak up the 3D audio. 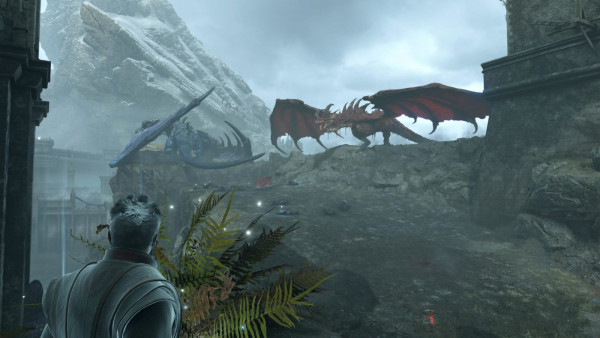 With Reverence and Power

So we know that Bluepoint is able to bring the entire presentation of the game into the modern era, how about the gameplay? It speaks to just how good FromSoftware are as developers because in this regard it remains largely unchanged, only minor tweaks to make it feel “smoother.” For example, rolling is now in eight directions as opposed to the original four. They have also put a limit on how many healing items you can carry of each type of Grass (before the Estus and Bloodvials Demon’s Souls healing was done by different types of “Moon grass), whereas in the original there was no real limit. There are also little tweaks that make the game much more “friendly,” for lack of a better word. Such as being able to visably see the damage done to your weapons through use. Another handy improvement that I made great use of is being able to use the archstones (spawn points in each section that are unlocked either upon first entering a world or when defeating a boss) as a reset. By touching the archstone you can choose the same location you’re at to “travel” to and it will simply reload the area which makes it great for farming items needed to upgrade weapons or Souls (the game’s form of currency and experience points, for the uninitiated). You can now also use the Archstones to travel between other words instead of having to go back to the Nexus first. In continuation of this, being able to avoid returning to the Nexus to put items in the storage box and instead being able to send items directly there from the item menu is a godsend. It’s good to see that the changes made, for the most part, is to make the experience more focused on keeping you playing as opposed to managing your stuff. 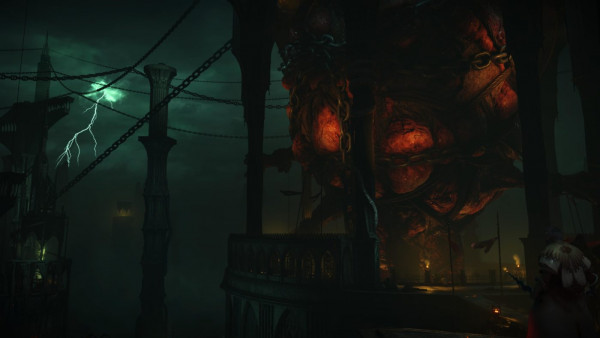 What remains untouched are the core tenets of these games, which is the challenge, the obfuscation of the story, and the bosses. Unlike later Souls games, many of the bosses in Demon’s Souls are kind of gimmicky and have a “trick” to beating them that is less about your stats and more about your wits, figuring out what that trick is. That’s not to say you still won’t be fighting challenging bosses where you stats do matter, because you will, but even those all have some kind of trick or specific tactic to focus on, such as one boss has a broken sword sticking out of its belly for you to wack until he falls over, leaving his head exposed to do some serious damage. All the while avoiding its massive cleaver attack and tongue. Of course, you can also cheese this same boss without ever getting close to if it if you know what to do. And that’s part of what I love about this remake. Bluepoint clearly understands that these exploits are part of the experience and they remain unchanged and as effective as ever.

This reverence and adherence to the way Demon’s Souls plays also means its quirks come with it. Fun things like dropping off a small ledge at the wrong angle will bounce you over the landing and you will fall to your death. Or enemies swords clipping right through what looks like a concrete wall to hit you and of course kill you. So, yea!

Dying feels far less punishing here than in the original thanks to the amazingly fast custom SSD on the PS5. I can’t even begin to stress what a literal game changer this is. In the original game dying or traveling meant sitting during long load times, which could make the experience drag. Here, it’s literally a matter of seconds. Even starting the game from the home screen to getting back in the game takes under 30 seconds. This quality of life improvement is appreciated and goes a long way in making the experience much more enjoyable. 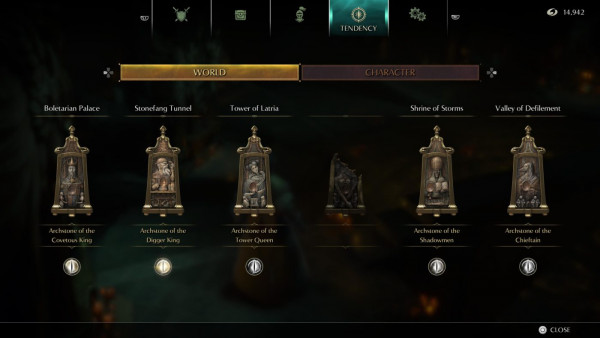 My one negative in the game is the returning World Tendency system. Based on not only how well you play but your actions and the actions of other players, it affects the world you’re in. Die too many times in body form (as opposed to Soul form) and the game actually gets harder by inserting tougher versions of enemies. It also makes areas of the levels accessible or not. Having a pure white tendency will have things like ladders show up giving you access to other items. On paper this is a neat feature but considering how the world tendency is also dependent on other players it can close you off to other items and even NPCs in the world. It’s absolutely brutal for people that aren’t very good at the game.

For newcomers it should be noted that Bluepoint made no changes to the challenge or the opaqueness of the story. So if you’re looking for selectable difficulty options or prefer narratives that are passively experienced, this game will still not be for you. Regarding the challenge, however, you do have options available to make the game easier that come from inside the game. First of all, magic allows for ranged combat which is highly effective in most instances, and this game does include co-op where you can summon other players who volunteer to help into the game to assist you. Once you beat the boss or one of you die, they return to their world. Bluepoint did, however, bring in the password system from the more recent From games so you and a couple of friends can share a private password that you create with each other and then you can all play together. 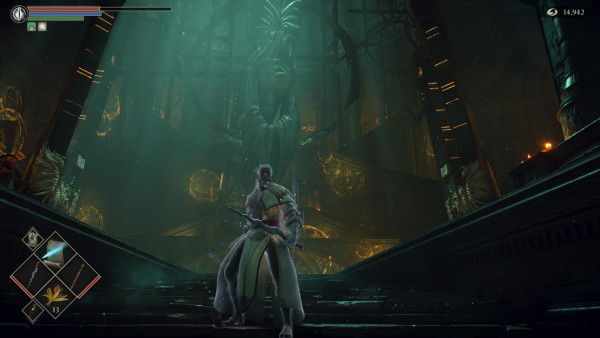 Remaking a cult classic for any game isn’t an enviable task, let alone the game that put one of the most revered developers of modern gaming on the mainstream map and yet, I’ll say it from the start; Bluepoint Games’ remake of FromSoftware’s Demon’s Souls is an incredible game. From’s gameplay and impeccable level design remains largely uncharged, Bluepoint gives the entire experience a fresh coat of visuals and audio paint, as well as quality of life improvements that brings the 11 year old cult classic into modern gaming with applaudable success and is a true showpiece for the power of the PS5.

Demon’s Souls was not provided for review by the publisher. You can read SP1st and MP1st’s review and scoring policy right here.