Report: Destiny 2 Mission List Leaked, Here’s How Many Levels There Are

Continuing our coverage of the Destiny 2 GameStop guide leak, we now have information about the game’s missions, Strikes, and Sectors.

Here’s a spoiler warning for anyone who doesn’t want to know the missions’ names, or how many missions there are.

There are 4 world quests, each split into 4 missions for a total of 16 missions (this is not including the main PvE missions btw)

you should know that hidden/secret missions are not listed. What I do know is there is something hidden and players must find 2 keys. It doesn’t say where or what it unlocks.

And now the names of those 17 main missions:

The Strikes and Sectors featured in the base game have also been leaked. 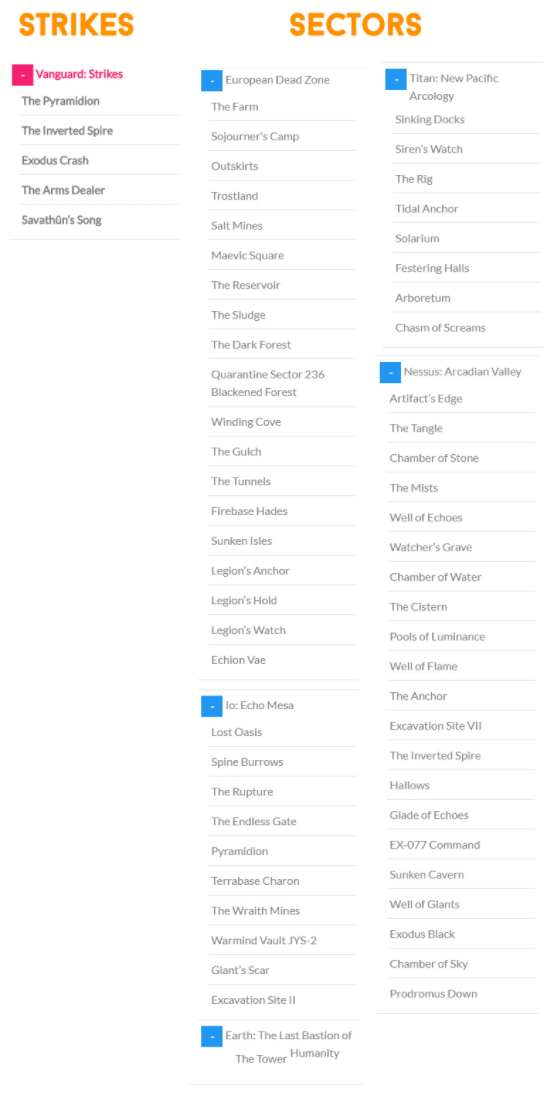 If you haven’t yet seen all of the Destiny 2 Exotic weapons and armor, click here!