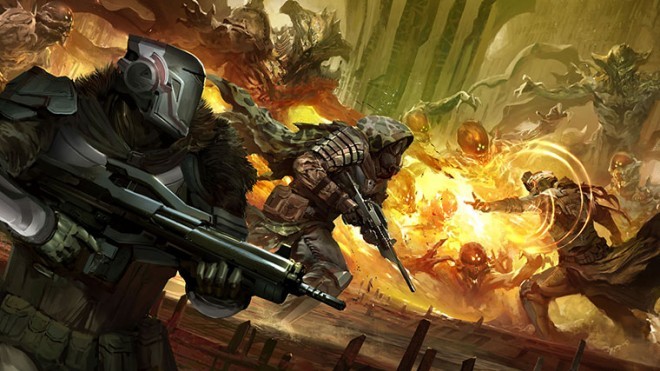 Bungie’s recently revealed decade-spanning IP Destiny will not ship this year, according to Activision.

Confirmed during Destiny’s reveal yesterday, Bungie’s “next-generation game engine” will allow the title to come to life on the Xbox 360, PlayStation 3 as well as “future console platforms.”

Initial details of the contract between Bungie and Activision suggested that Destiny would see a release in 2013 exclusively on the Xbox 360, while subsequent titles in the franchise would appear on both Microsoft’s and Sony’s future console platforms.

Yesterday’s reveal already threw a curveball by announcing the first Destiny title’s availability on the PlayStation 3, but according to Activision, not even the original release time frame will be upheld.

The company confirmed in a recent press release that they have “not included [Destiny’s] launch in its 2013 outlook and there should be no speculation or expectation of a different result.”

If the “future console platforms” are indeed meant to launch this upcoming holiday season, as rumors suggest, might we see a simultaneous release of the first Destiny title on both current and next-generation hardware? What do you think?