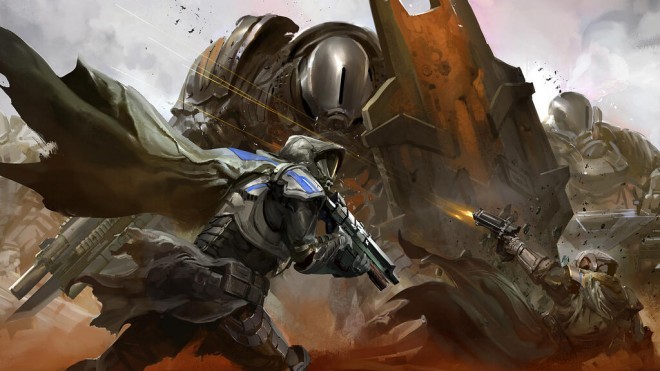 Destiny on PC and Cross-Platform Saves a Possibility

Bungie is discussing the possibility of their open-world, shared-shooter Destiny getting a PC release, along with the Xbox 360, Xbox One, PlayStation 3 and PlayStation 4, including the potential for cross-platform saves.

Speaking to IGN, Bungie senior writer and head of community Eric Osborne explained, “we haven’t said yes, and we haven’t said no,” in response to an inquiry about a PC version of the game. “The more platforms we take on, the more work it ultimately becomes, and what we don’t want is to compromise the core experience on any platforms. We have a lot of people who play on PCs. We have a lot of appetite to build that experience. We haven’t announced it yet, but we’re looking forward to talking more about that kind of stuff in the future.”

On the idea of cross-platform saves, Osborne said, “For us, [platforms] are purely agnostic. Any data on our back-end servers and services, like Bungie.net, are ours. We control it, we can do a bunch of fun stuff on that side. So for us, we want to absolutely do the right things for players. But there are some complexities we have to solve that are outside our control. But we’re absolutely pushing to solve some of those things. We don’t have anything to announce, but hopefully in the future we will.”

Destiny will receive a proper gameplay reveal during this year’s E3 on June 10.