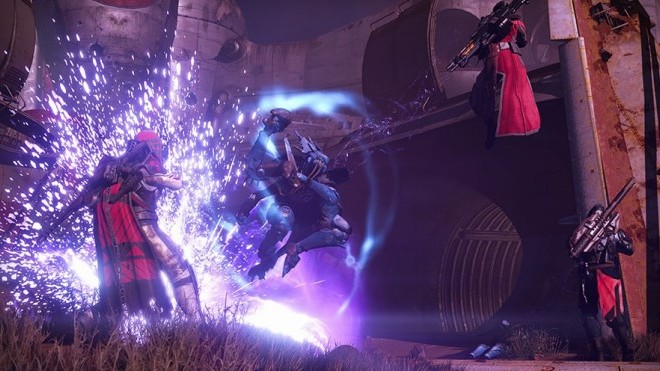 Destiny Update 1.2.0, which was supposed to launch yesterday morning, has been delayed, according to developer Bungie, and is under investigation as the studio works out a few last minute kinks.

“I’ve spoken with the finest minds at Bungie about Update 1.2.0 just moments ago. They’re working to correct a late-breaking technical issue that would have impacted the way the game launches for a large portion of you,” Bungie Community Manager David “DeeJ” Dague wrote in an update to fans. “Progress is being made.”

“We’ll be sharing new details on the deployment schedule that leads to House of Wolves as soon as they become facts. At the very least, you’ll hear from me once a day about this. Hang in there, and thank you for your patience.”

Among many other things, Update 1.2.0 was meant to improve Destiny’s PvE and PvP experiences with tweaks to Weekly Heroic and Nightfall Strikes as well as Crucible rewards and progression.

Destiny Expansion II: House of Wolves launches next week on Tuesday, May 19, so hopefully Bungie can get things sorted out before then. Keep your sights on MP1st for updates.