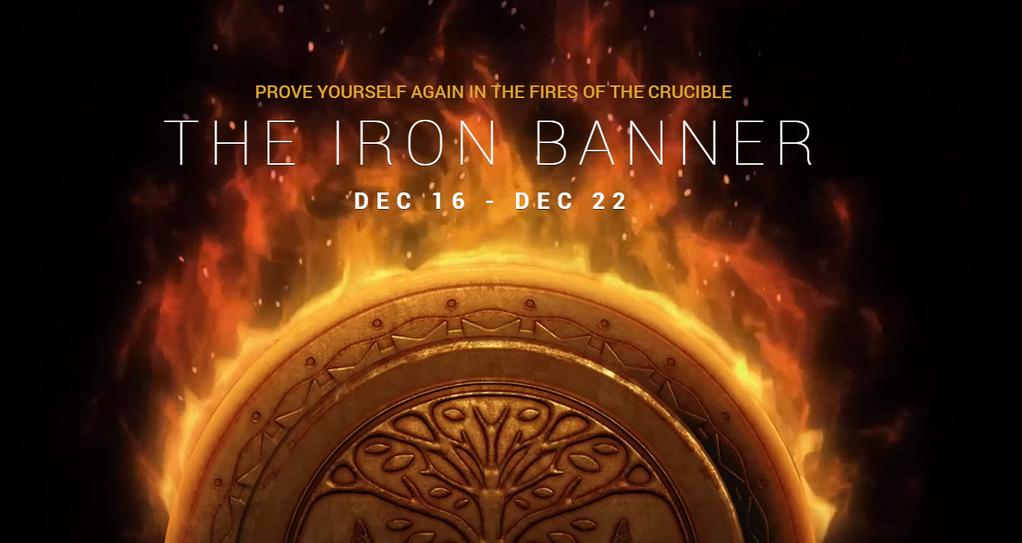 Destiny‘s Iron Banner competitive multiplayer event for the month of December is now live on all platforms until the 22nd.

As before, Guardians level 20 or higher can lead a party into the special Crucible playlist where level advantages are turned on, meaning attack and defense ratings will play a large role in your effectiveness against other Guardians.

In terms of rules, not much has changed since the last Iron Banner event. Rank progression has been reset and players will once again have the opportunity to work through five ranks in total to earn similar emblems, class items, armor, and weapons. The difference this time is a selection two new weapons up for grabs at rank 4 and 5 — Efrideet’s Spear Sniper Rifle and Silimar’s Wrath Auto Rifle — higher attack ratings, as well as new armor with higher Light levels that will help your Guardian get to level 31. 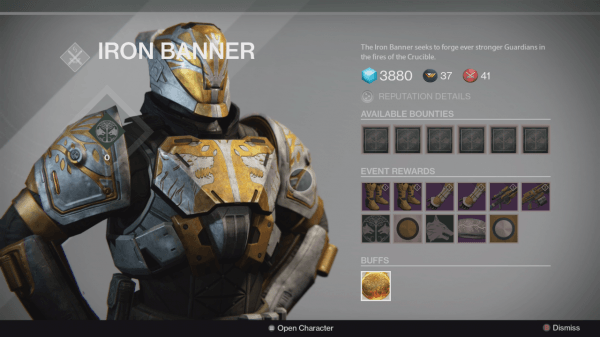 You can familiarize yourself with the rest of the rules and settings by visiting Bungie’s official Iron Banner page.

See you in the Iron Banner!