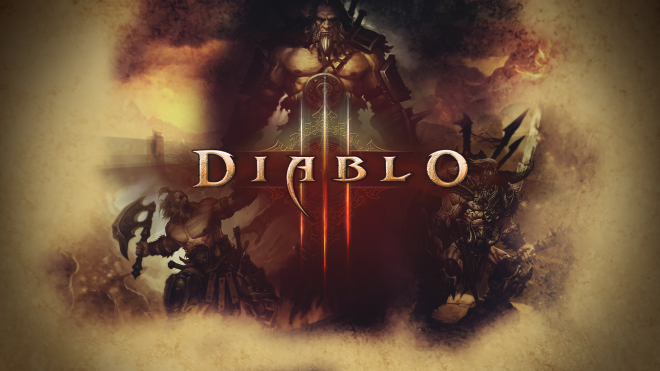 Today, Blizzard brings the fastest selling PC game of all time, one that has sold over 12 million copies world-wide last year alone, to the home consoles, giving the most popular dungeon crawler in gaming a new home in the arms of Xbox and PlayStation users around the world.

Diablo III is now available for purchase on the Xbox 360 and PlayStation 3.

The digital version of the game is currently available on the PlayStation Network and will soon be making its way to Xbox LIVE on October 1.

The PS3™ and Xbox 360 versions of Diablo III have been custom-tailored for gamepad-driven action, with a dynamic camera perspective that puts your hero front and center, as well as an all-new user interface and an intuitive control system that make vanquishing evil feel like second nature on consoles. Players can take on the vile denizens of the Burning Hells alone or in a party of up to four via same-screen local cooperative play or online over PlayStation Network™ or Xbox LIVE®. In addition, the game supports parties composed of both local and online players. Once gamers experience the rush of Diablo III’s unique brand of hack-and-slash gameplay from the comfort of their couch, Sanctuary will never be the same.

Diablo III will also be making its way to the PlayStation 4 sometime next year.

So, with which class will you be starting your Diablo III console adventure? The Barbarian, Witch Doctor, Wizard, Monk or Demon Hunter?

Warframe On PlayStation 4 Now A Timed Exclusive, Possibly Coming To Xbox One