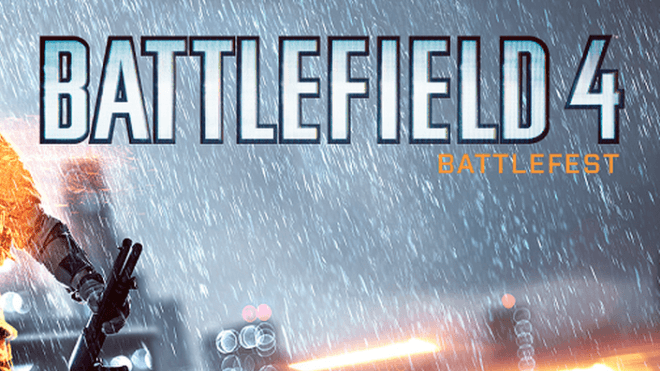 July 12 marks the start of Battlefest, a fan-focused Battlefield 4 event presented by developers at Digital Illusions CE that aims to “give back” to the Battlefield community.

The month-long festival will be filled with in-game awards, community missions, special events, and even prizes including graphics cards and three gaming PCs, provided by AMD.

To kick things off, a Battlefield 4 double XP weekend stars this Saturday, July 12. The 12th also marks the start of DICE’s “Battleshots” competition where gamers send in screenshots based on different theme requirements. According to the studio, each daily winner (until August 13) will score an AMD graphics card, a $50 gift card to the DICE Store, and a Battlefield 4 Premium membership on any chosen platform. Pretty neat!

Battlefest’s first Community Mission begins on July 15, tasking the community with achieving 15 million revives across all platforms collectively by July 20.

Here are some additional Battlefest details from the Battlefield Blog, with more details to come in the following weeks.

“Each week we will be releasing a free camo in-game for all players.  This will give you more ways to standout on the battlefield.”

“As noted above, we’re kicking Battlefest off with a double XP weekend and we’re definitely going to end with one too for all players to reap the benefits.”

“Each week we will be hosting a global community challenge to reach a specific goal in-game.  If you reach the goal, everyone who logs in will receive a free gold Battlepack the following week.  The first mission starts on July 15, 2014, where you will have to collectively reach 15 million revives across all platforms, with the mission ending on the eve of July 20, 2014.”

“This a month long contest where we are asking you to send us your best stunt video that can only be done in Battlefield 4. Once we receive the submissions, the DICE team will pick the top 12 and then you, the fans, will vote on the top three winners to win a massive prize.  Official announcement to come; official rules can be found here.”

Thinking about participating in any of the events? Ain’t nothing wrong with free camos and a little bit of double XP, right?