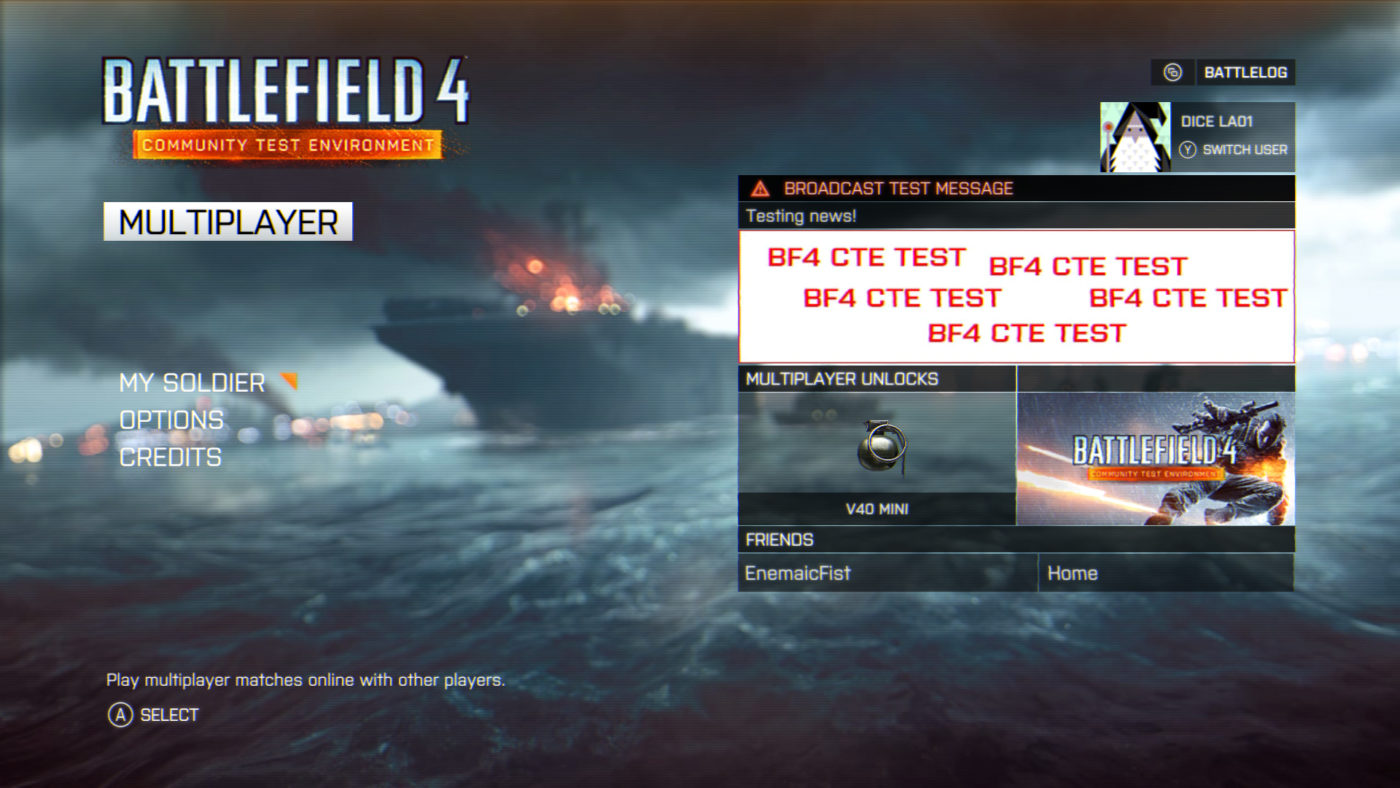 It feels like it’s been forever since Battlefield 4 developer DICE LA first stated their intention to bring the game’s Community Test Environment to consoles following signs of success with its launch on PC.

According to recent updates from the studio, developers aim to have it up and running on Xbox One by early next week, on July 6. A few requirements must be met in order to participate, however. As per the the CTE FAQ, owners of Battlefield 4 who are subscribed to the game’s Premium service and are also members of Xbox One Preview Program will be invited to download the CTE.

DICE LA says that updates on the Xbox One CTE will be less frequent than on PC, but participants will still get access to tests and prototypes, including Battlefield 4’s Community Map Project as well as three maps from the Night Operations Project. All feedback can be provided on the CTE Forums.

If you’re not selected right away, the studio says it will be increasing the participant limit as the program continues on.

Earlier last year, we caught up with DICE LA Producer David Sirland to chat about the success of Battlefield 4’s CTE initiative and how it’s continuing to shape the future of the series. You can read our talk here, if you missed it.