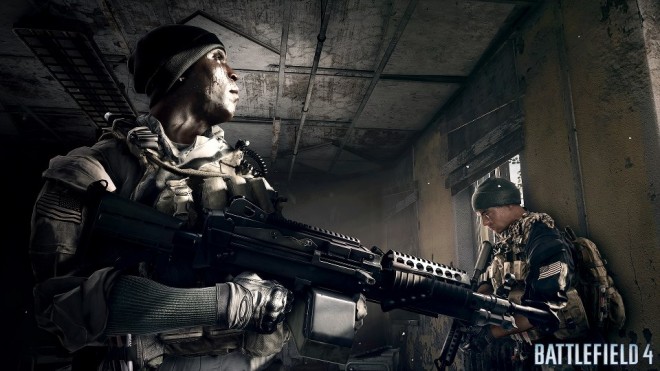 While DICE general manager and vice president Karl-Magnus Troedsson admits that motion controls don’t make sense for a shooter like Battlefield 4, saying earlier that “it doesn’t make the game better,” that’s not to say DICE’s next big shooter won’t have some sort of Kinect or motion control functionality.

“We have a pretty pragmatic view [on the new Kinect],” DICE general manager Karl Magnus Troedsson recently told Game Informer. However, he added, “Instead of just trying to tick all the boxes of features you can do with new hardware, we look at what actually adds value [for] our players.”

“When you look at the kind of games that we build – or Battlefield at least – it is a first-person shooter that is very much about skill. Input is really important. You need to have very precise control over what’s going on, and trying to do something like that with motion control input does not make sense – not if you want to keep the same kind of formula of the game as we [have] now. You’d need to build a different kind of shooter.”

Most everyone would agree that when it comes to shooters, a mouse and keyboard or controller is the way go, but DICE hasn’t neglected motion controls entirely.

“But there are other places where it will make sense, and we are going to use it for other things in the game, but we haven’t announced exactly what,” Troedsson said.

While we anxiously await to hear more about motion or voice controls in Battlefield 4, we want to ask you, in what way(s) do you think it could be best implemented? There are a ton of possibilities, so let’s hear your best ideas in the comments below.

Be sure to hit up the related poll below as well!

Thanks, VideoGamer, via OXM.

Battlefield 4 – DICE On Xbox One Vs. PlayStation 4: ‘More Power Is Better For The Game We Build’