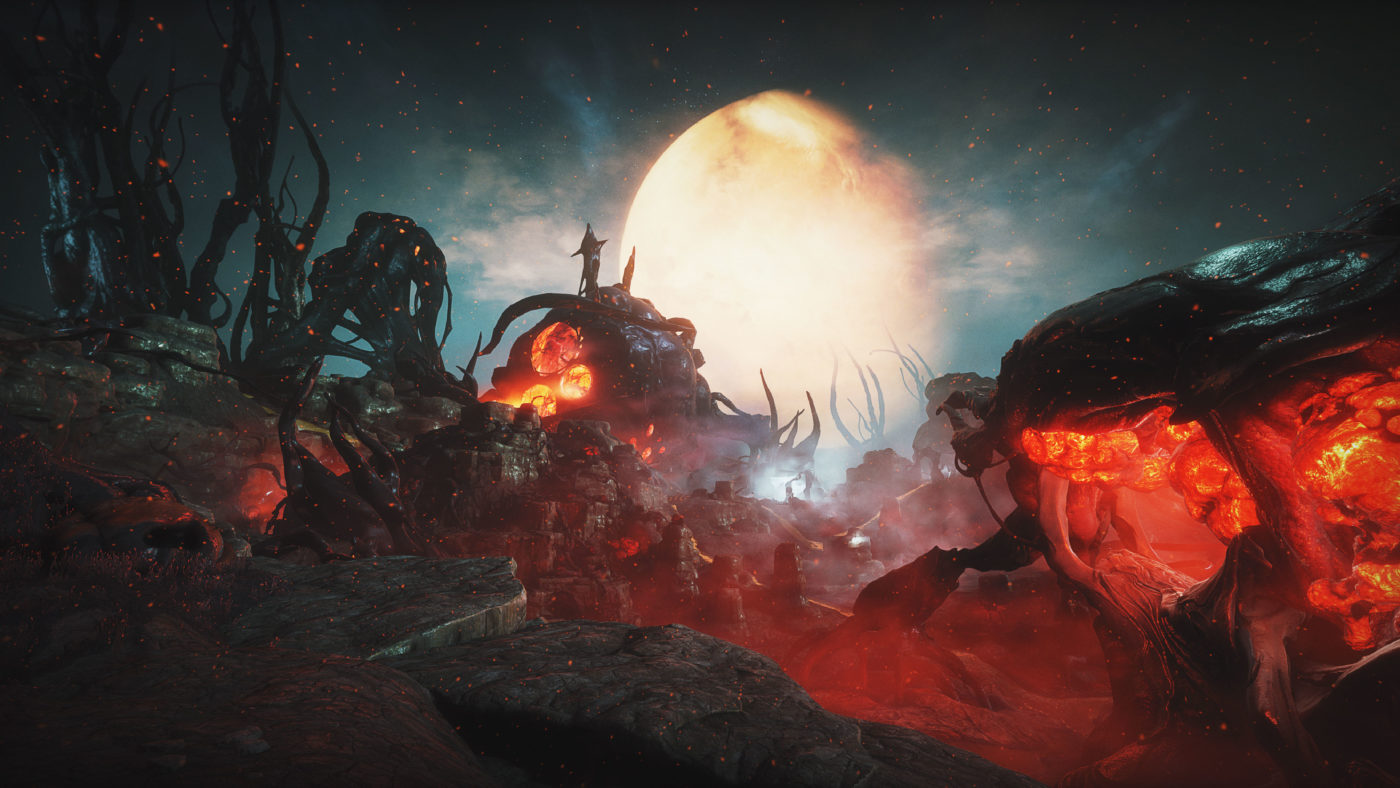 The next Warframe expansion, the Heart of Deimos has finally been revealed and with it comes many questions that fans may have, one of them being why focus on the third faction known as the Infested?

In a closed-door stream session, Digital Extreme’s Live Operation and Community Director Rebecca Ford, explained the reasoning as to why Heart of Deimos will focus on the Infested faction.

“We’ve never taken the plunge on giving the Infested a proper, contextualizing, deep, expansive world, so it was only logical for us to take what we know about the infested and make it as interesting and as beautiful, but also gross as possible. They’re our third faction, and they haven’t received the attention the other two had, and it was very much time for the infested to get a deep dive.”

She continued later explaining a bit more on this along with how Heart of Deimos will fit in the grander picture of Warframe.

“We knew we wanted to give the infested an open world, we’ve treated the Grineer with the benefit of having their own open-world and then we did the Corpus, and then when it came time to take a look at the infested we wanted to provide them with essentially a living, breathing open world. And to learn from the first two, it came down to density, space, activity, and fast travel basically. So in this round, we have a much more vertical open world, it’s more canyon base and there are going to be procedural tunnels underneath of it, which utilizes Warframe’s classic procedural dungeon system that also have a fast travel mechanic.” Rebecca continues, ” Unlike the two other open-world we are actually starting off this one off with the open world itself being the debut and then you learn more of the town and it’s people after. So we sort of flipped the recipe over to introduce players to the gameplay space first and then leave the character and mystery so that the story progression is a bit more earned in terms of who you meet and what they meet to not only the open world but more importantly Warframe at large. There’s going to be a connectivity to the story to the stakes of the world in this open-world that we’re doing versus the other ones. “

As mentioned by Rebecca, the usually Warframe content releases involved releasing lore-based missions leading up to the open-world releases of the past two. This is, however, changing with the release of Heart of Deimos as the open-world will be the first set of content dropping with additional lore pieces coming in later. It certainly is an exciting change-up from Digital Extremes, and will no doubt determine how future expansions get released. Warframe Heart of Deimos is releasing on August 25 for all platforms the title is available on.

If you’re interested in other Tennocon 2020 related news, be sure to visit our official hub page for the event: Tennocon 2020

Check out gameplay footage of Heart of Deimos to see what’s coming later this month, and we’ve posted the abiltities of the upcoming Warframe as well.